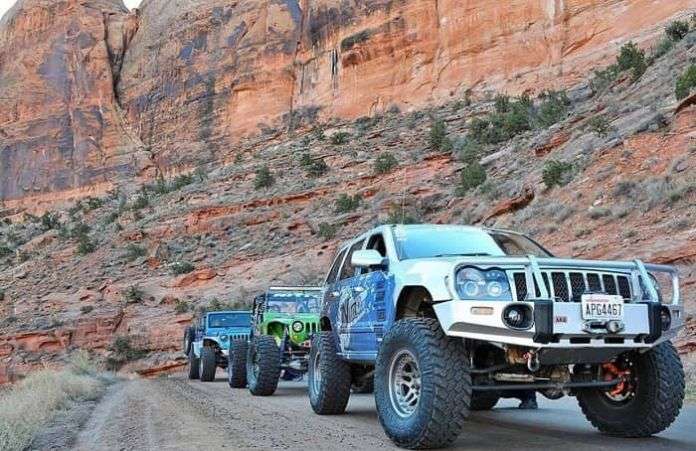 2 Types of Jeep Owners: Those Who Are Jeepers and The Unsung Jeepers

For those Jeepers who don't get any recognition, who don't get the Jeep Wave, this wave and nod is for you. Hey Jeepers! Do not forget the unsung Jeep owners. Give them a nice Jeep wave regardless of whether they drive a Wrangler, Compass or a Grand Cherokee.
Advertisement

I was driving down the road and looked up at the next car coming. It was a newer model Jeep Wrangler. It was nice, lifted, bigger tires. As we get closer I raise my thumb, index and middle finger in the traditional three finger Jeep wave. No response. “Oh well, I guess they didn’t see me,” I think. A short time later I see another and give them the wave. Again, nothing. It’s ok, they are paying attention to the road. Better that than some random guy in a Jeep. By the third one I begin to wonder if the area I am in, that the Jeepers don’t wave or acknowledge each other. Kind of sad really.

In the several Jeep groups I am in most Jeepers wave at each other. So what’s wrong with my Jeep. Are they not seeing me. It isn’t heavily modded, but does have a two in lift, bigger tires, but most of it is stock. So what’s the deal? I wheel my Jeep with my groups and have a grand ole time with them. We even cut up with each other but I do tend to be the butt of most of the jokes. But there in lies the issue.

You see, I am a Jeeper through and through. I have owned five Jeeps in the last 20 years. But only recently was it ever a Wrangler. The story above is me, driving my Jeep, my 2004 JEEP Grand Cherokee. Though I am a Jeeper I didn’t get the waves, I got the jokes… on my behalf. In my life I have owned a ’79 CJ-7, a ’96 XJ, 2 WJ’s (2000 & 2004), and only recently a 2012 JKU Wrangler. But it was only in the Wrangler that I would get waves. Most Jeep groups are 99.9% Wrangler based. The Jeepers are conditioned to see other Wranglers, not other models.

Jeeps and Their Owners

I was reading a reply in my latest article (3 Good Things Jeep Owners Do), where the commenter asked what about the other Jeeps. The non Wranglers and the owners of those Jeeps. Are they not also Jeepers? It was this comment that led me to this article. And from that, I would answer his question with…”Well, no, they aren’t.”

Ok, not necessarily, LOL! You see, the Jeep doesn’t make someone a Jeeper. It’s the mind set one has while owning their Jeep. And yes, you MUST own a JEEP to be a JEEPER. Contrary to the comment I recently read in another of my articles that you can find here; to include another shameless plug on a previous article see, “Two types of Jeepers”.

My Jeep groups and the members who are in them are there because they want to be around like minded people who share a passion in the same thing they do: Jeeps and mostly Jeep Wranglers, but there are a few who drive “other Jeeps”. These owners, or rather, Jeepers, are driving Jeeps of different models. Does that mean they are not Jeepers? By no means.

Look at the two Grand Cherokees (WJ’s) I owned. They were extremely capable off road vehicles and I would own another. Let me give you a "for instance."

Myself, my 2004 WJ, and members of one of the groups I am in decided a few years ago to head to Hidden Falls, (Marble Falls, Texas) to do some wheeling over the Fourth of July weekend. After making camp, we hit the trails and I was asked if I wanted to ride with anyone because of my “Jeep”. I declined and we set out. It was a great ride, on CLASS 4 trails with a Grand Cherokee that only had a two inch spacer lift and 32” tires at the most. No scraping, no bumping, no grinding. When we were finished, one of my buddies (Joey H.) came up to me and said if he hadn’t seen it he wouldn’t believe it. I wasn’t sure what he was referring to so I asked. He began to tell me how he didn’t think a Grand Cherokee would be capable of doing the trails we had just went on. I laughed. “It’s a Jeep,” I said. Just because it isn’t shaped like a box or the top or doors aren’t made to come off does not make it less than a Wrangler. And believe me, I wasn’t afraid to wheel my Grand Cherokees, as pretty as they were. The only difference I really saw was it had a bigger engine than the Wrangler (insert Tim Allen grunt) and modification parts were more expensive. A true lift for that thing was astronomical in price when I was looking. That is why I went with the two inch spacers. However, that Jeep didn’t keep me from being a Jeeper. I did what all of the others were doing on the trails. I just did it in leather seats, dual climate control, premium sound package…basically I just did it in style/panache. LOL.

The Ones Everyone Forgets

It isn’t just me though. I know y’all will give me some backlash for this, and for that I say bring it on, but I have a friend who owns a little Jeep Renegade. She loves it, loves that it is a Jeep (spare me the Fiat dialogue), and that she is back in one again. Would she love to have a Wrangler? Of course, but sometimes life doesn’t give us what we want and so we take what we can. The mindset doesn’t change though. As I mentioned in my previous article (Two types of Jeep Owners), the true Jeeper is someone who wants to experience the Jeep for what it is made for. To get off of the beaten path and experience God’s creation from more that just the asphalt road. I certainly did that in my Grand Cherokees. In fact, I did that in all of my Jeeps. And so do some of those “other Jeep” owners. Owners of Grand Cherokees, Cherokees, Comanches, Compasses, Patriots, Renegades, etc.

So next time you are cruising around in your lifted Wrangler, staring down at the world passing by on the motorway, why don’t you just give a wave to that Jeep guy or Jeep girl coming toward you? Who knows, you just may meet that new Cherokee on the trail or that Compass up in the mountains, or even that Renegade playing in the sand at the beach. Because these are the ones that are forgotten… the unsung Jeepers.

And just to put it out there, my very own Jeep group, Prison City Jeepers, is a community oriented group of Jeepers of all kinds. Big or small, we like them all.

I’d love to hear your story! Comment below if you have a Jeep tale that doesn’t involve a Wrangler. Let’s show how many Jeepers there are that don’t drive the “typical” Jeep. I can’t wait to read your comments.