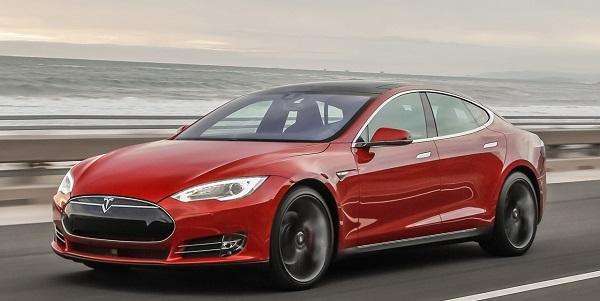 Some people may ask: Why is the Tesla Model S better than any other EV out there on the market today? The answer lies in a number of factors, but the biggest one is the fact that you can drive long distances without having to worry about needing multiple accounts or access cards. The Tesla Supercharger network is all you need!
Advertisement

Some people may ask: Why is the Tesla Model S better than any other EV out there on the market today? The answer lies in a number of factors, but the biggest one is the fact that you can drive long distances without having to worry about needing multiple accounts or access cards. The Tesla Supercharger network is all you need.

A quick look at the Tesla Supercharger Station map will show you that you have plenty of options with the exception of the state of North Dakota. That will soon change with the addition of “opening soon” stations there as well.

Specifically, every Tesla Model S owner receives 400kWh of free Supercharger credit each year. If you crunch the numbers, that comes out to about 1000 miles. This is plenty of mileage for most road trips. In a nutshell, this is what gives the Model S (and Tesla in general) a big advantage.

If you are the owner of any other EV, you must rely on various other charging station providers. Depending on where you are, you may have plenty of options. I am one of the lucky ones since living in Maryland, we have a pretty good charging station infrastructure built up already. Below is a screenshot of the Laurel/Rockville/Silver Spring area, a lot of options right?

The issue lies in that unlike Tesla’s Supercharger network, in order to be able to use all of the available chargers here, you need to be members of multiple charging station providers. The big ones include Chargepoint, EVgo, SemaCharge, but there are others.

Here is same route, but removing the Tesla Superchargers as they can only be used by Tesla vehicles.

Very similar right? On the surface, yes. In reality, no. The first problem is range and therefore extra time. Say you are in a 2016 Nissan Leaf SV which has about 107 miles of range. The one way trip is 888 miles without taking into account stopping at charging stations. Let’s round off the range to 100 miles and you wouldn’t to get any closer to battery depleted than that. Even expecting 100 miles in real world driving is pushing it at highway speeds. This would basically mean that you would have to stop 8 times to get to your destination. Plus, each of those 8 times, you would have to stay put for at least 30 min (probably closer to 45 min) to get a full charge on a fast charger. So, now add that extra time to the 12 hours and 46 minutes of the trip without stopping and you get: 16 hours & 45 min.

Now, there are other factors here that I’ll let you figure out. Like how far apart the charging stations are and how far off your path the charging stations will take you. To see a good guide for charging your EV or if you are trying to decide which EV suits your needs, go to FleetCarma for a simple guide to electric vehicle charing.

Charlotte Omoto wrote on August 30, 2017 - 12:18am Permalink
Current Model S or X owners can trade up and refer themselves to get unlimited Supercharging, which is helpful when I'm doing a road trip from my home in E WA to AZ and back or to S CA and back.