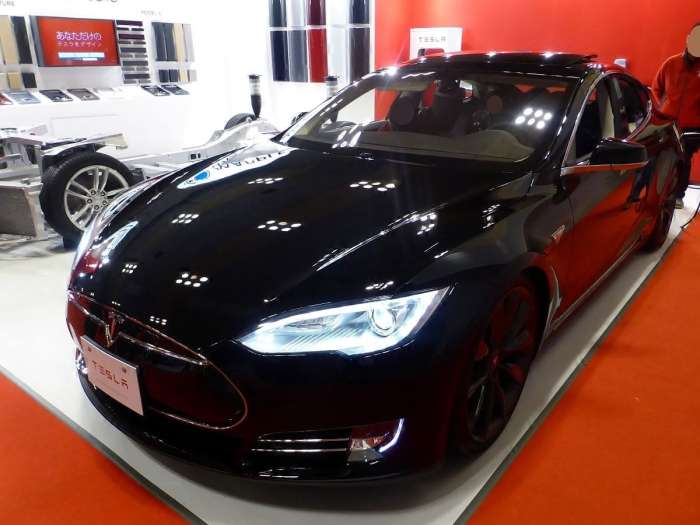 Tesla Ranks Second on Dream Car Survey... Behind a Mustang?

A recent survey by a company called Gold Eagle asked participants about their dream cars. Among them were the Jeep Wrangler, Chevrolet Corvette and Camaro. But the top two cars make for interesting reading, as do the breakdowns for men and women. The latter showed strong preference for the Jeep Wrangler (81%), while the former went for the Tesla Model S (63%).
Advertisement

The survey makes for a good read. The breakdown includes differences between age groups, level of expertise, national region, and more. Overall, the Ford Mustang was the most desired, but did not make the number one spot for either gender. In fact, the Mustang sits in the middle ranks for both genders, but cars like the Tesla scored high for men, but comparatively low for women, making the average a bit lower than the Mustang.

Difference regions of the country showed differences as well. The Midwestern and Southeastern region showed preference for the Mustang, while the Coasts and the Southwest preferred the Tesla. This follows the trend in the coastal areas which have showed greater receptivity to alternative fuels. Oddly, the most popular dream car in the Rocky Mountain region didn't make it onto the top list at all: the Range Rover, likely due to its rugged offroad reputation.

The survey, which can be found here, provides lots of interesting statistics for the reader. Beyond those listed here, Gold Eagle found what priorities the various groups and regions had in their idea of a luxury car. Another interesting anomaly was the men's most desired traits for a dream car. The men wanted four-wheel-drive, and yet the only car with true four-wheel-drive, the Wrangler, is the least popular in the overall test. I'd encourage you to check the survey out. It's an interesting cross-section of the automotive market in the U.S.

Kenny wrote on June 26, 2018 - 9:50pm Permalink
If people are saying jeeps and mustangs are their dream cars they need to really rethink that. Those cars are very attainable. Try a Lamborghini, Bentley, Ferrari, McClaren.
Dirk wrote on June 26, 2018 - 9:51pm Permalink
Tesla's leadership depends on where you are. In the US, sure, Europe, APAC or Africa, not so much.
Tom wrote on June 26, 2018 - 9:51pm Permalink
I get it, if the survey is talking about the vehicles people seriously have goals to buy. I think the Mustang is an icon. Entire generations grew up wishing they had one, and then went on to try to buy a classic one like the one they wanted as a teenager. The new ones are one of the last true "muscle cars" sold at affordable prices. My wife has a purple Jeep Wrangler and I have a used Tesla S -- so I guess we're good on "dream cars" here!
Dean McManis wrote on June 27, 2018 - 1:17am Permalink
2,000 Gold Eagle blog readers is not exactly a representative sample. It is good that they are asking these questions. But personally I would have gotten FAR more specific in identifying categories. The big question as raised above is defining what a dream car is. There is an affordable, real-world dream car, and a win-the-lotto dream car. For curiosity I would have also asked what your dream car was at different ages in your life, because teenager dream cars usually move to more practical choices later on. Although not for everyone.
Griet wrote on June 27, 2018 - 9:30am Permalink
Wow, it's true in my case. I wanted a Ford Mustang, but my husband bought me a Tesla. When I pass a mustang I still feel incomplete for a few milliseconds, then I continue driving my Tesla Model S.
John wrote on June 27, 2018 - 9:31am Permalink
I have a friend with a nice Mustang GT and it sounds really nice when he starts it up. After giving him a ride in the Tesla MS he now says his Mustang acceleration just doesn't thrill him anymore!