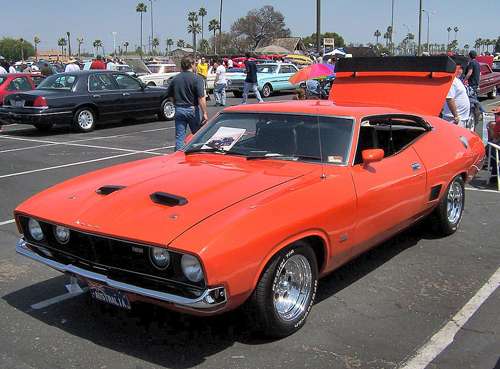 Ford and GM both are boosting North American production, while down under in Australia, the strength of the Aussie dollar and a faltering economy may spell the end of US automotive fabrication there.
Advertisement

Australia’s fortunes have been zooming along for years, based upon China’s demand for the former Commonwealth’s considerable resources and mining operations have been keeping the economy down under humming along with not even the hint of recession for 23 years, according to a post by Greg Canavan on The Daily Reckoning.

The result has been a mining industry that is currently valued at 3.6 times its actual assets, while its contribution to the overall economy is down to a quarter of what it was just last year.

Reuters reports Ford will announce the closing of its engine plant in Geelong and an assembly plant in Broadmeadows by 2016 tomorrow. Both facilities are in the Australian state of Victoria, and Reuters attributes the breaking report to local media News Ltd.

The local auto unions are bracing for the bad news, and in the US we know full well how things go when the economy begins a slow spiral – not an easy thing to handle after over a generation of solid growth.

"This is not only a bad day for employees, but it is a seriously bad day for the automotive industry," Reuters quoted David Smith, national secretary of the vehicle division of the Australian Manufacturing Workers Union, as stating.

Ford employs 3,000 workers in Australia and produced 37,000 vehicles there last year. The have operated plants there since 1925 with little or no break in production.

Apparently that chapter will come to an untimely end in a couple of years.

This is just more bad news Down Under as the country faces an economic challenge from the wilting bloom of the mining bush, but hopes other sectors would pick up the slack have so far been wishful thinking. If the manufacturing, construction and retail industries are going to buoy the fortunes of the continental country, they have shown little sign of it.

Though the Australian dollar has been worth more than the U.S. dollar for two years or longer, it has dropped to 97 cents US this week. This development makes it difficult for the Aussies to compete in the global marketplace.

We are learning to face this new reality or suffer the consequences and that is especially true in the automotive industry.

Only last month, GM Holden, the firm’s Australian arm, announced the elimination of 500 jobs – a full 18 percent of the workforce – as the strength of the Australian dollar cut into its competitive edge there.

Mitsubishi closed its Australian plants in 2008, as it began its own reinvention following the collapse of the US car market and its global sales. Fortunately, the underdog of Asian brands seems to be slowly reviving, particularly in Indian and African sales.

Reportedly, Australians have been buying high mileage vehicles from brands like Mazda and Hyundai, that are produced in cheap labor markets close enough to keep prices down.

Something else we’ve learned – in a shrinking economy you downsize and lower your expectations, putting off some things for the better days ahead – accepting things will improve largely on blind faith alone.

Nevertheless, the auto industry employs some 55,000 directly and another 200,000 workers in the supply chain. Consequently, much like the US, Australia has promised 5.4 billion in subsidies until 2020, to try and keep the industry vital and stem the economic hemorrhaging.

The major factor in Australia’s monetary frailty is the balancing act China is going through, as it tries to balance unbridled economic growth in an overpopulated, resource rich and increasingly polluted country – that is also an emerging global power,

China has been the major trading partner with Australia for years, happy to buy up the highly accessible resources found in the scarcely tapped Outback.

It’s high time the former British Penal Colony got over its sultry origin and found its own unique contribution to the global market, holding heads high. Whether it's solar power, wind generation, exotic pets like Tasmanian Devils or Komodo Dragons, Kangaroo Jerky, swimming with Great Whites or the ruddy insights of the Bushmen – there’s just got to be something they have that no one else does.

The image above is an Australian built Ford XB Falcon Hardtop (1973-1976), proving things grow wilder Down Under. (Is it reminding you of a Dodge Challenger? What’s up with that?)

Falcons never looked like that in the Americas, but we wouldn’t know a wallaby if it jumped in our lap.

The image was shot by Wikimedia user Morven during the Fabulous Fords Forever show at Knotts Berry Farm, in Buena Park, California, circa 2005. (Used under Creative Commons LIcense 3.0.)

Unfortunately the Banks, who keep very close tabs on who owns what, who owes whom what and what everything is supposed to be worth, are always the last to know things are heading for the crapper – and so it goes in Australia just like everywhere else.

If nothing else, Australians are consummate survivors and they build nice world-renowned buildings too.

Anyway, that’s the fair dinkum on the Australia dollar and we’re off for some Tube n Tucker.

G’Day, mate, from this Yank journo!