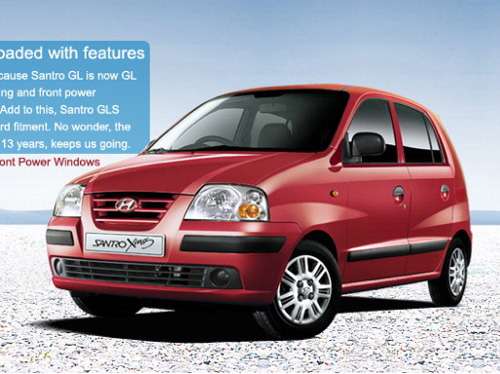 Can Hyundai lose market share by focusing on quality?

Hyundai has become the world’s fifth largest automaker by focusing on producing stylish and value-laden vehicles at an attractive price point.
Advertisement

In fact, in the rapidly emerging automotive market of India they have risen to number 2, second only to Maruti Suzuki.

Nevertheless, even as global demand for its vehicles grows, the automaker is scaling back production for fear of losing the growing reputation of their products, according to a REUTERS post earlier today.

The decision means they have to keep the output of their Chennai plant for domestic demand, instead of producing models for other high growth markets. The Reuters article implies it may be causing internal strife among the upper management of the company, some of whom believe it a mistake to curtail production just when they are so much in demand.

"Our operations all over the world are calling for more cars. Executives tell the chairman that capacity should be expanded because they have to sell more cars," a senior Hyundai executive in Seoul reportedly told Reuters.

The chairman replied, “What are you talking about? We have enough capacity. What we need now is stability," according to the executive, who spoke with Reuters on the specific condition of not being identified.

Balancing capacity and quality is a viable concern. The management of Hyundai looked at the troubles Toyota faced over the last few years with recalls and quality concerns and blamed them on growing too fast for engineering discipline and quality control to keep up. They hope to avoid the same troubles by refocusing on quality over ever enlarging production.

Hyundai’s chairman is Chung Mong-koo, son of the founder of the Hyundai Group, Chung Ju-yung. He hopes to lead the company along the same path as the Korean corporate giant Samsung Electronics, who started by making cheap goods and evolved into a respected global brand, the dispute with Apple notwithstanding.

Over the last few years, the chairman has subtly refocused the corporation on quality instead of sheer production numbers. Quality concerns would negatively impact sales in the long run.

The net result has been an expansion freeze, with plans for a new plant in Indonesia scrapped and faltering growth in the US. Their 2012 sales stateside are up only 8 percent, a mere shadow of the 20 percent jump registered last year.

The Hyundai plant outside of Chennai India has been running at full capacity for years, with three shifts a day bussed in and out regularly. Back in 2009, a full half of the plants output was for export. Next year it will be less than 35 percent as more units are retained for the demand of the emerging Asian market.

Therein lies the rub – India’s market is based on cheap cars costing around $4,500 – not luxury or high quality vehicles the brand apparently aspires to produce. There, Hyundai’s market share exceeds that of General Motors, Volkswagen, Ford and Nissan all totaled.

Business involves a continuing series of decisions, based upon logic, research and at times sheer hunches. Only time will tell if Chairman Mong-koo has made the right choice. All that is certain now, is the corporations shares dropped 11 percent of their value in October alone.

Will what goes down come back up? Your guess is as good as ours.