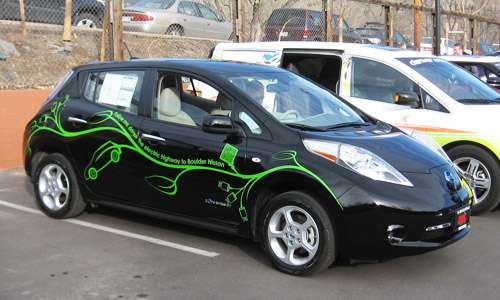 Why China is slow to accept electric vehicles

China has been trying to interest folks in electric cars, in an attempt to ameliorate the scrofulous pollution plaguing their major cities, but the lack of understanding of this technology as well as the higher price of electric vehicles has resulted in very limited penetration of the market.
Advertisement

The great boom in Chinese auto ownership has largely occurred over the last 10 years in a society that was for decades divided into a small ruling class and a largely level working class – the car is the first true status symbol in the new market economy, which allows citizens to own property like automobiles.

The automobile is not simply a utilitarian means of transportation – exotic and luxury models are extremely popular among the newly successful quasi-capitalists and even those who cannot afford Bentley or Rolls Royce automobiles are still fully aware the car they drive says volumes about who they are in the evolving Chinese world.

Consequently, an electric car doesn’t say they have made it, but rather that there is something wrong or funny about them in a society that has only recently foregone virtually ubiquitous conformity.

According to a post by Nathan Domey of the Detroit Free Press, Chinese citizens are simply not responding to governmental incentives to promote electric vehicles.

In the US, even with a current trend to hybrid and electric vehicles, they still add up to only 3.4 percent of the market. Obama has begrudgingly given up on the goal of a million electric vehicles on the road by 2015 – it simply is not happening.

Advances in internal combustion engines and clean diesel powertrains have postponed any mass migration to the alternative drive system in the US. That’s despite the fact that in California and certain other areas an electric vehicle like a Nissan Leaf, Chevy Volt or even a Toyota Prius denotes a certain level of green cachet, implying an admirable concern for sustainability and perhaps a bit of fiscal acumen.

Such an attitude is completely absent in China today, even though the Chinese are genuinely concerned about air quality, at least at the upper levels of government.

Nevertheless, the current Chinese administration will continue efforts to promote the adoption of zero-emission vehicles. Of course, since the main sources of smog in Chinese cities are almost equally divided among coal burning power plants, vehicles and construction, it remains unclear what impact a significant move to electric vehicles would have.

Novels are filled with examples of the licentious behavior of slaves when first they taste freedom, and China’s people will take a while to acclimate to their new empowerment after being held back by a repressive regime for so long.

Obviously, the establishment of a supporting infrastructure to power electric cars is as much of an issue in China as it is in the US, and we are way ahead of the natural habitat of the panda in those terms.

American auto manufacturers are heavily invested in the Asian nation and if their efforts to lessen emissions, improve efficiency and adopt alternative drive systems are to work, it will take greater acceptance by the enormous and still not fully developed Chinese market.

Let’s hope something works before great clouds of noxious smog begin to cross the Pacific Ocean to our own West Coast cities, many of which still have issues of their own with overall air quality.

What if Marshall McLuhan was right and we do live in a Global Village?

Nicolas wrote on May 6, 2013 - 12:58pm Permalink
Hey Don, so you pinpoint it to lack of education? Then we all have a big problem, even here. I actually agree with you, partly. The other problem is that our economy is based on unstable grounds, which gives you two types of people, those who continue to buy bigger and flashier to compensate for the uncertainties and those who although see the point, are just too uncertain about everything. You're right, in the end it all boils down to education, something we are sorely lacking.
Don Bain wrote on May 6, 2013 - 5:24pm Permalink
Yes education is a small part of it, but it's really about changing social mores and values. When the concept of learning is applied to such concepts doesn't it tend to morph into indoctrination? What is really required is a mindset that driving an electric car shows both courage and activism worthy of social acceptance and admiration. Then they will sell much better. It will also help if quick charge stations become ubiquitous.
Nicolas wrote on May 6, 2013 - 6:01pm Permalink
Couldn't have said any better and was hoping you would :) Yup, the problem is shortsightedness and this strange eagerness to get back to how the economy worked before. Worked... now that's an interesting word. But yes, we need more charging stations and education. Many don't understand the amazing energy resources they have at home in the shape and form of electric outlets.