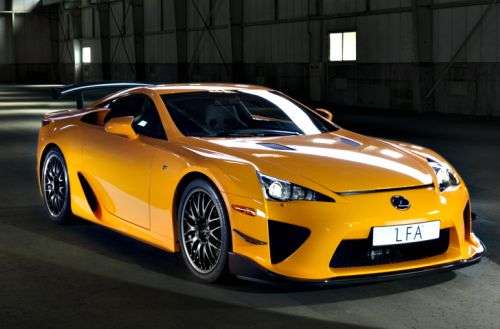 Akio Toyoda revealed himself to be a new agent of change soon after the media feeding frenzy played out last year. Toyoda placed greater authority with regional operations to enhance the company’s adaptability. This year, to shake things up, he cut the number of directorial positions to 11, down from 27, to limber up internal processes and allow quicker decision making.
Advertisement

Toyoda reportedly is constantly in the grill of the status quo, growing cross when confronted with opposition to change. He holds meetings with his five executive vice presidents weekly allowing no documents prepared in advance – a marked change from the former corporate operating style.

It is said your first impression may be your best, but quick decisions only work when they are the right choice. Toyota rose through the ranks to their former number one postion by focusing on the process of building cars in a consensus driven model.

If you manage from the top down, like Steve Jobs, you have to be ready to take the blame for failures on your own shoulders. Some wonder if Toyoda’s shoulders are broad enough.

“I get the sense that he listens carefully to people when the subject is outside his comfort zone," said an unidentified worker quoted by Chang-Ran Kim in the Reuters release. "What I'm not sure about is whether he'll do the same in areas he's familiar with. And when he makes that executive decision on a car, for example, and it turns out to be a flop, would he take responsibility?"

Quickly deciding to partner with Tesla Motors Inc. one month after meeting founder, Elon Musk, Toyota shocked his chief engineer, Takeshi Uchiyamada. Ultimately, the executive vice president praised Toyoda for gaining a little of Tesla’s entrepreneurial spirit, on some level, through a form of corporate osmosis.

When Tesla produced an all-electric prototype of Toyota's RAV4 in only three weeks, just before last year’s Los Angeles auto show, the younger Toyota engineers swore they could do it even faster.

"They used their own free time and converted an old (Toyota) MR-S sports car into an electric car in 16 days," Uchiyamada said. "If we did things the old way, we wouldn't even have a proposal in that time."

Some think Toyoda has a tough row to hoe just because he bears the family name.

"He'll just have to be judged on his achievements when his tenure is over, whenever that may be," an executive told Reuters by phone, requesting anonymity. "But from my perspective, he's already got a proven track record. All the big decisions in the past two years have been his; pulling out of Formula One, for instance, and the various tie-ups with other companies such as Tesla. I think he's a talented leader, and a decisive one."
Some analysts think it's too early to predict the outcome as far as Toyoda is concerned.

"But back in the day, they used to say that Ford went downhill because the company grew too big and the bean counters became too powerful," said Tatsuo Yoshida, an auto analyst at UBS Securities. "If he can really steer the focus back to products in areas that aren't directly involved with making them, like R&D, I think it would be good for Toyota's corporate culture."

Toyoda is focusing on reawakening the Lexus line, using the group’s luxury offerings to attract a new wave of customers. In April, he instituted a direct reporting line with the Lexus division for himself, personally taking on the testing the GS 350 sedan on the track at Nuerburgring repeatedly. The car then went back to the computer screen to add a more rigid body, lighten the suspension and cut down body roll, among other things.

When the 2012 Camry, launched in August, it too went back to the factory for major modifications, primarily to the interior.

"As a true car guy he really gets into the weeds in design, development and production," Jim Lentz, head of Toyota's U.S. sales arm, said via email. "He has our associates and dealers excited about the business and the future again. He is exactly what we need at this point in time to get back on track."

Empowering each region allows faster decisions to cater to local consumers' tastes, according to Lentz. "I think you see evidence of that already in the Camry and will continue to see it as we launch 20 all-new cars and trucks over the next several years," he wrote.

According to Toyoda, this is only the beginning. "I think we exceeded some level of expectation with it," he remarked, speaking of the remodeled Camry, the best-selling car in America. "But I'm talking about much, much more than that. I don't want it to be about rolling out a new car for a scheduled model change. I want people to be wondering, 'What's the next Corolla going to be like?' and be full of anticipation. It's going to take time, but that's the kind of car launch we're aiming for."

Deutsche's Sanger said not to expect too much too soon because cars typically take three to five years to develop. "But it's a good thing to see someone who wants to talk about product at Toyota," he said. "If that translates into more engaging vehicles, then ultimately that has to be better for everyone. The people making them should sell more of them, the people selling them should get a better price from them, and investors should see better returns because of that. The success or failure of the next generation of products will be his legacy."

It’s obvious Toyoda and company still have a long way to go, but it is also clear they are trying to base their new corporate culture at least somewhat on racing.

As Toyota readies its first sports car since 2007, it does so minus their top test driver, Hiromu Naruse, who blazed the trail with some of Toyota’s most iconic cars like the 2000GT, Celica, and Supra.

Naruse was also the reason Toyoda was driving an Aston Martin Zagato at Nuerburgring last month, after giving up his weekend golf routine and hitting the racetracks more than 10 years ago. Toyoda criticized the young executive for not knowing the finer points of driving and the company’s deeply revered test driver died last year crashing the LFA he had helped refine.

Toyoda and Aston Martin CEO Ulrich Bez, who were both recognized for their contribution to motorsports by the German auto industry this year, were supposed to switch cars during the race and cross the finish line simultaneously – Bez in the Lexus, the Toyoda in the Zagato.

Just one hour into the race, the Chris Porritt driven Aston Martin Zagato was towed to its tent pursuant to a rear-end impact that sent it careening off the course. The back was all smashed in, the front was badly dinged and fluids were leaking everywhere. Toyota's Gazoo Racing staff, like Toyoda, assumed it was all over.

Barely one hour into the race, the Zagato driven by Aston Martin's Chris Porritt was towed back to its tent after getting rear-ended and crashing off the course. The back end was smashed in, the front was banged up and it was leaking fluids everywhere. Toyota's Gazoo Racing staff, like Toyoda, figured it was over.

"I thought, 'that doesn't look good," Toyoda, recalled after the endurance race at the track in Germany's Eifel region. "I think everybody did."

The mishap could easily be seen as a metaphor for the path the company has followed since Toyoda took over two years ago.

Meanwhile Aston Martin's mechanics didn't see things the same way. Though the race was lost, they knew they could patch up the car just enough to give Toyoda his last lap at the finish.

"They set that goal and reached it, despite the pressure of putting a V.I.P. in the driver's seat," said Toshiyuki Sekiya, a chief mechanic for the LFA. "That's a decision we may not have been able to take. It's given us something to think about."

With just minutes remaining, members of both teams rolled the Aston Martin, its headlights “exed” out with duct-tape, onto the track for Toyoda's final run.

Against all odds, the LFA and Zagato crossed the finish line in the last straightaway together, as both race teams cheered from the pits.

In the end, a radiant Toyoda and Bez, all smiles, crawled out of their machines, hugged, and posed for the cameras.

The only question remaining is if Toyoda can patch up his company, and drive it over the finish line that means renewed success for Toyota? Frankly, we can’t advise betting against him.