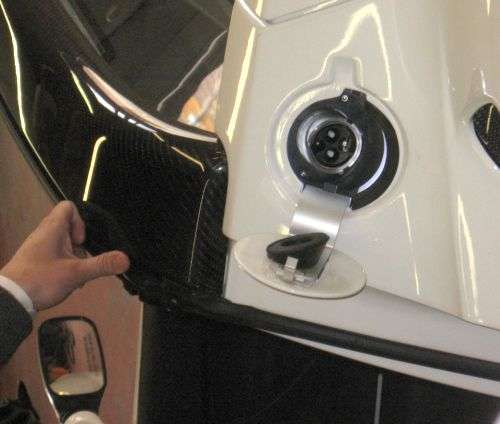 In an event for the history books, the Tesla Roadster will be the first all-electric production vehicle to ever participate in the Goodwood Festival of Speed’s Hill Climb. The event is said to be the largest car culture festival in the world, celebrating historic and contemporary motorsports with a diverse, authentic array of conveyances along with a star-studded line-up of drivers.
Advertisement

Only the most significant cars in the history of international motorsport are invited to participate in the Hill Climb, which takes place on the immaculate grounds of the Goodwood Estate, Chichester, West Sussex UK. The Tesla Roadster certainly ranks within that category, thanks to its zero to 60-mph speed of 3.7 seconds and range of over 200 miles on a single charge. The roadster sets a high mark for both zero-emissions vehicles and supercars, giving notice drivers need not compromise on performance or design in going green.

"Tesla is deeply honored that the Roadster is the first production electric car invited to set a time in the Hill Climb," said Gian Avignone, Tesla's Country Manager for UK and Ireland. "The Roadster's performance is sure to bring a new dimension to this year's Festival."

Goodwood Festival of Speed began yesterday and runs through July 3. Today and tomorrow, the Roadster will engage in two Hill Climb practice sessions, with the final two timed runs on Sunday. A 2011 Roadster Sport also will be shown in the Supercar Run each day at approximately 9 a.m. and 1 p.m.

The photo at right is on the Tesla Roadster's "power intake," which remarkably never loses any fuel to evaporation no matter what you do to the cap. (Photo by Don Bain)

About Tesla Motors
Tesla's goal is to create the most compelling car company of the 21st century, while accelerating the world's transition to electric vehicles. Based in Palo Alto, California, Tesla designs, manufactures and sells EVs and EV powertrain components. Tesla has delivered more than 1,650 Roadsters to customers world-wide, and through its strategic partners is powering thousands of additional EVs. Tesla Roadster owners have driven almost 11 million cumulative zero emission miles. Next year, Tesla plans to begin deliveries of the Model S, the world's first luxury sedan to take full advantage of an all-electric powertrain.