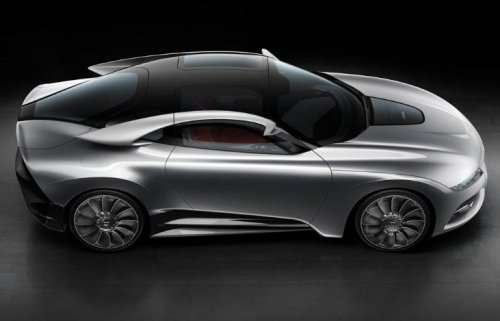 Those who live in the Big Apple have a unique opportunity to see Saab’s concept car, the PhoeniX, and meet the designer, Jason Castriota, himself, tomorrow from 11 a.m. to 1 p.m. at Chelsea Piers 23rd St. and Hudson River in New York. Castriota is a native son of the Empire State.
Advertisement

Rarely do residents of any city get a chance to see a concept car outside an auto show, but that’s exactly what will happen tomorrow in New York a full two days before NYIAS even opens.

The PhoeniX was among the coolest of the innovative automobiles and concept cars we covered in our April 13 preview of NYIAS and the chance to meet and speak with the designer of such an iconic new generation automobile is virtually unprecedented.

Based on the new architecture of the coming Saab 9-3 model, the PhoeniX introduces 'aeromotional' design: a visual evocation of aerodynamic design principles and the sheer passion for innovation that inspired the creators of Saab's first car, the iconic Ursaab.

It will also provide a chance to learn more about the Saab IQon infotainment communications system – an embedded computer system that seamlessly connects to the Internet when the car is switched on. A touch-screen provides access to audio and entertainment streaming, online navigation, music storage and app downloading options similar to a smartphone.

Castriota hails from New York State and graduated from Emerson College in Boston before attending the Art Center College of Design in Pasadena, California. In 2001, he left school to join Pininfarina's design studio in Turin, Italy, where he rose up through the ranks to be Chief Designer and Responsible for Special Projects.

He then took the position of Director of Design at Stile Bertone in 2008 before opening a design consultancy with offices in New York and Turin. In June 2010, he was appointed Executive Director of Design at Saab Automobile. In this position he and his design company are responsible for both exterior and interior design, leading all design activities at Saab.

If you are interested in Saabs, automobiles, aerodynamics, concept cars, mobile apps, the PhoeniX or just want to meet a leading automotive designer, this is an event not to be missed.