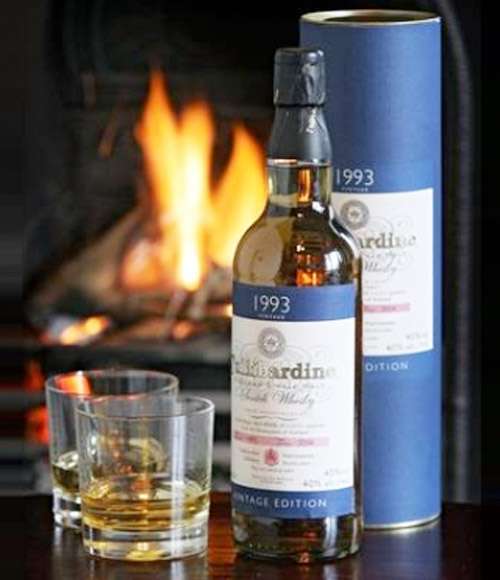 In what may be the world’s first such deal, the Tullibardine distillery in Perthshire has contracted with a spinoff company from Napier University, called Celtic Renewables, who plans to employ microbes to convert the byproducts from distilling whiskey into butanol to be used to fuel vehicles.
Advertisement

Over 90% of what a whiskey distillery produces is not 90-proof liquor. It is leftovers like draff and pot ales - both resulting from the initial stages of the procedure. Very high in sugar content, such byproducts have previously been used as fertilizer and cattle feed.

“It takes a cost to us and turns it into something that has social as well as commercial value,” said Douglas Ross of the Tullibardine distillery in a post on BBC news.

Located in Edinburgh, Napier University’s Biofuel Research Centre (BfRC) has proven the right bacteria can convert those byproducts into butanol - a vehicle-ready replacement for gasoline.

Celtic Renewables and malt whisky producer Tullibardine have both agreed to a memorandum of understanding on the venture. It’s rather a big deal, as the process will be applied to thousands of tons of distillery leftovers.

Professor Martin Tangney, founder of Celtic Renewables, told the BBC, "Our partnership with Tullibardine is an important step in the development of a business which combines two iconic Scottish industries - whiskey and renewables. This project demonstrates that innovative use of existing technologies can utilize resources on our doorstep to benefit both the environment and the economy."

It’s a Win-Win for the distillery, as well, as it spends over a quarter million dollars disposing of byproducts every year.

"We are delighted to be partnering Celtic Renewables in this innovative venture, the obvious benefits of which are environmental,” said Douglas Ross, managing director of Tullibardine.

The Scottish government's Zero Waste Scotland Initiative has provided support to the project with a grant. The ultimate result could be the creation of a new industry with sizable impact on the market.

So what happens to the byproducts from American distilleries like Jim Beam? That’s a very good question!

Tesla Contemplates A New Strategy for China Retail even As Sales Boom
Jay Leno on Elon Musk & EVs: “I Think He Should Get ... Credit"
END_OF_DOCUMENT_TOKEN_TO_BE_REPLACED