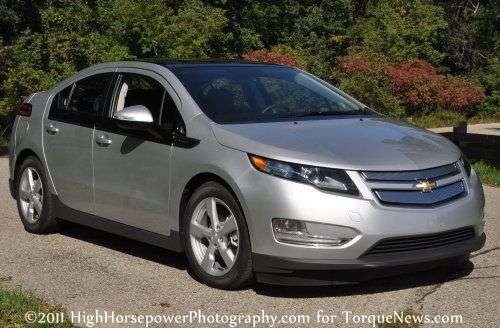 Not surprisingly, hybrid owners were among the first to trade in their Prius hybrid for a Chevrolet Volt or Nissan Leaf during 2011. Those who years ago made a commitment to the greening of the planet and their pocketbooks logically would be among the first to take the next step to a plug-in vehicle promising even greater savings on both fronts.
Advertisement

Through the first nine months of this year, Chevrolet has sold about 3,895 Volts and Nissan has sold about 7,199 Leafs, as reported by Jerry Hirsch in the Los Angeles Times and attributed to Autodata Corp. A good many of both took Toyota Prii as trade-ins.

The Toyota Prius amounted to 7 percent of all cars traded in on Chevy Volt sales. Nissan reports 18 percent of their Leaf customers traded in a Prius.

This represents not an indictment of the Prius, but rather an accolade. Had these buyers been disappointed in Toyota’s hybrid technology, they certainly would not have stepped up to the relatively unproven technology of the Volt or Leaf.

Still the dealers are happy because the electric cars have brought people into the dealerships they probably would not have seen if not for the new technology.

“The true value of these launches is the buzz, the conversation on social media and total media attention,” according to Barbara Keys, a consultant with auto information company R.L. Polk & Co., who is examining who buys the cars. “Through the first half of this year, about 78 percent of Volt buyers didn't own a Chevrolet at the time of the purchase.”

Consequently, the Volt is bringing in customers from competitors at nearly double the pace of the rest of Chevy models, where about 43 percent of buyers are so-called “conquests.” (The marketing departments of the manufacturers would be wise to call them “converts” instead.)

General Motors has provided a most interesting tidbit as 37 percent of Volt buyers are California residents. Go figure, eh? Aren’t these the same people who are most likely to go see The Revenge of the Electric Car next week.

But high-mileage or high-performance German vehicles were also getting traded in for electrics. The BMW 3 Series, the Audi A4 and the Volkswagen Jetta were traded in for a combined 6% of Volt sales, GM reported.

Keys also examined whether Chevrolet’s and Nissan’s attracted customers as a result of their new EVs models. The Chevrolet Cruze and Nissan Juke had conversion rates of 48 percent and 65 percent, respectively. This interest was very likely a result of the perception the manufacturers are doing new things and leading the way, thanks to their high-profile EV launches.

“These two high-profile launches have been successful in bringing new customers to the brand, and that may have long-term benefits in terms of make loyalty and customer retention,” Keys concluded.

Pundits tend to agree the Electric Car will have its “Spring” sometime during 2013 or 2014.