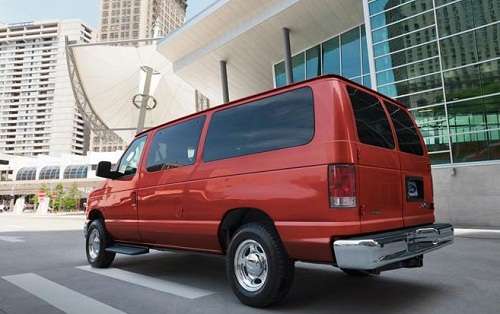 The commercial truck business of Mercedes-Benz has always been under other names in the western hemisphere, such as Freightliner, Western Star, Thomas and Orion buses. Ford has always sold different models of commercial vehicles in Europe and Asia, but is now in the process of globalizing its model lines.

So now one European auto giant is extending its branding into Canada and the United States, at the same time as one of the largest American auto manufacturers begins to sell uniform commercial vans in various markets around the world. This means Ford and Mercedes-Benz will soon be going head to head in a global showdown for shares of the commercial van market.

Mercedes commercial vans are segment leaders in Europe, garnering roughly 18 percent of the total market, according to a Dec.10 story by Howard J. Elmer of the National Post. M-B builds Sprinter vans as well as the mid-sized Vito and smaller Vario. The latter of these are what they plan to sell in Canada in about two years.

The timing goes in tandem with the next generation Vito, which adds an all-new chassis and suspension to the rear-wheel-drive truck. It comes with either a gasoline or diesel engine and North America may get one or both versions. Forturnately for Mercedes, the Vito is very versatile, allowing numerous configurations from delivery trucks to worker transports.

It doesn’t hurt that the timing of this move also coincides with a newly redesigned Vito. This rear-wheel-drive van has a new chassis and suspension. It’s powered by either a gasoline or diesel engine and it’s possible North America will get both. This van can be configured dozens of ways, from servicing the delivery trade right through to crew transporters.

What remains to be seen is whether the new E-Cell Vito will give the European company an early advantage. Many auto pundits expect the first mass conquest of electric vehicles to be in urban delivery fleets. Mercedes has already sold about 400 this year. With a reasonable price point and a range of 80 miles on a single charge the E-Cell Vito might prove to be an eventual winner.

Meanwhile, Ford recently provided a briefing and drive of its commercial vehicles near its Dearborn headquarters, according to a post today by Allyson Harwood of Motor Trend. They announced numerous changes for their commercial line, which includes police cars, vans and livery vehicles.

Ford is bringing the seventh generation of the Transit to America as it slowly retires the Econoline series. The Transit will be built in the company’s Kansas City facility, after a $1.1 billion upgrade.

Ford expects the new van to be 300 pounds lighter and get 25 percent better fuel economy over the existing E-Series. The new global version of the Transit will come in three different roof heights and a selection of three diesel engines as a cargo van, chassis cab, or passenger van. Buyers will have their choice of front, rear or all-wheel-drive options.

Ford is reportedly preparing a new testing area for the Transit in its Michigan Proving Grounds. The tough durability testing will endure for three months navigating bumps, potholes and even curbs – over and over and over. Essentially the Transit will go through the same examination the E-Series always did. The Transit has sold more than six million vehicles on five continents since its inception in 1965.

So you could say the production lines are being drawn as these two global players square off over the sizable global commercial vehicle market.

Something tells me when Tata decides it's time to enter the fray, the soundtrack will be by Ennio Morricone.

LG's New EV Battery Plant Is a Welcome News for Tesla
Tesla Giga Berlin's New Hurdle: It's Not Only the Gov't, but Now Tesla Itself
END_OF_DOCUMENT_TOKEN_TO_BE_REPLACED