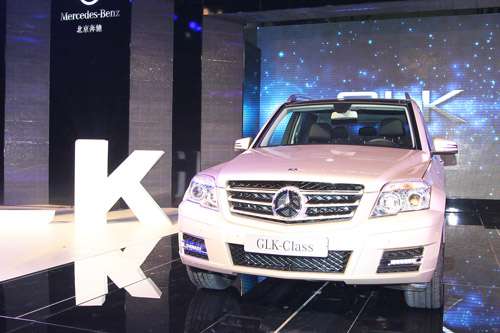 Daimler AG and AKKA Technologies S.A. will jointly manage the MBtech Group, an leading international engineering and consulting firm based in Sindelfingen, soon. The details were specified in an agreement signed by Daimler and AKKA Technologies yesterday December 7. While still subject to the approval of the antitrust authorities, AKKA Technologies will acquire 65 percent of MBtech, which has previously been a whole subsidiary of Daimler. The European auto group will remain a long-term, strategic shareholder as well as an important client of MBtech.

The two companies complement each other’s client portfolios and regional positioning. While AKKA Technologies is centered in France, Italy, Spain and the United Kingdom, MBtech maintains a strong market presence in Germany, China and the United States.

MBtech will be able to broaden its competence profile outside the automotive industry and expand its international market position in the coming years thanks to the new majority shareholder. Daimler and AKKA Technologies intend to jointly direct the company to strengthen its competitiveness, thus protecting jobs at MBtech while offering new opportunities for the workforce with an expanded international scope.

"With AKKA Technologies, we have found a strong and well-established partner whose product offering is an ideal supplement to MBtech's activities. Through the new partnership, MBtech will utilize market opportunities for engineering services even better than before, allowing it to participate even more in the future worldwide growth in this sector," stated Professor Dr. Thomas Weber, Member of Daimler's Board of Management for Group Research and Mercedes-Benz Cars Development. "At the same time, the enhanced competence profile of MBtech will provide important support for Daimler's product and technology offensives," he continued.

"AKKA Technologies was born out of a vision I once had, which I continue to pursue: 'How we can turn the passion that our talented team has for technology into innovative solutions for our industrial customers.' This partnership will turn that vision into a reality: with MBtech and Daimler we are embracing a whole new world of new business and career opportunities. Together, we will develop new products and services and strengthen our power to innovate," promises Maurice Ricci, Chairman and CEO of AKKA Technologies.

AKKA Technologies has a workforce of 7,000 people at more than 50 locations and expects to post revenue of 545 million euros in 2011.

The MBtech Group was established by Daimler AG in 1995. The company develops, integrates and tests automotive components, systems and modules, and employs 2,900 people at locations in Europe, North America and Asia. Last year, it posted revenue of 300 million euros.