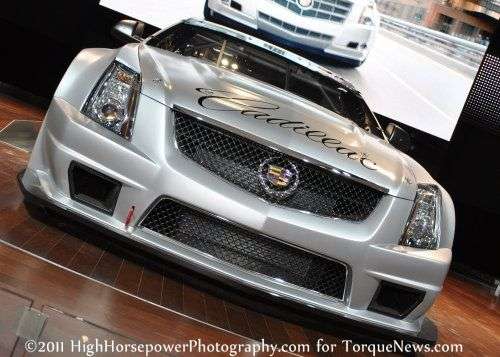 Cadillac Racing off to the streets of Long Beach

The third race in the SCCA World Championship season, placing the world’s top manufacturers in head-to-head street competition, will convene on the historic streets of Long Beach this Sunday. Cadillac returned to racing in March during the Streets of St. Petersburg competition.
Advertisement

That was the first race for Cadillac since 2007 and the debut of the CTS-V Coupe race car. The team placed both cars in the top 10 in those events.

So far, Cadillac driver Johnny O'Connell is sixth with driver point standings at 157 and Andy Pilgrim is 11th with 125 points. Cadillac is in second place for Manufacturer's points in competition.

The weekend at the Streets of St. Petersburg was a double-header race featuring Rounds 1 and 2 of the 2011 World Challenge season. O'Connell placed fourth and seventh and Pilgrim finished 11th and eighth to put Cadillac in second place in the World Challenge GT Series.

"Given the quick development time and consolidated testing schedule for our racing program, we were really happy with the results at St. Petersburg," said Jim Vurpillat, Cadillac global marketing manager. "We're excited to be back in Long Beach and look forward to competing on Sunday."

Race results and live streaming of the second race are available at World-challenge.com. Follow @Cadillac on Twitter for tweets during Sunday's race. Updates from Long Beach also will be available on Cadillac's Facebook page.

The CTS-V Coupe race cars are based on the popular CTS-V Coupe production car, manufactured at GM's Lansing, Mich., Grand River assembly plant. It features Brembo brakes, a supercharged 6.2L V-8 delivering a husky 556 horsepower and a magnetic suspension system that reads and reacts to the road 1,000 times every second.

“Cadillac CTS-V Racing is returning to Long Beach with high expectations,” said Ron LeMasters, of Cadillac Racing Communications. “There’s plenty of solid competition in the race but the Cadillac team will be up to the task. Hopefully, we’ll get even better results than in St. Petersberg.”