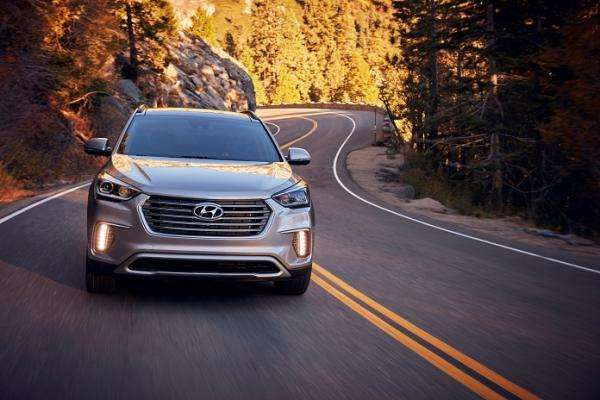 The Insurance Institute for Highway Safety (IIHS) did some testing of midsize SUV headlights, and the results were dismal.
Advertisement

The IIHS said in a press release that while headlight technology is improving overall, but too many midsize SUVs need to do both a better job of lighting the road and reducing glare.

Nineteen midsize SUVs and 18 luxury midsize SUVs were tested, and the 2017 Hyundai Santa Fe and 2017 Volvo XC60 were the only ones that scored a “good” rating. Twelve registered as “acceptable” but 23 were rated as either “marginal” or “poor.”

“As a group, midsize SUV headlights perform slightly better than the other SUVs and pickups we evaluated last year, and that's encouraging,” IIHS Senior Research Engineer Matt Brumbelow. “Still, we continue to see headlights that compromise safety because they only provide a short view down the road at night.”

This testing matters because not only is good lighting essential to safe driving at night (duh), but because most consumers do most of their car shopping – and test-driving – during daylight hours.

The IIHS has now tested its fourth group of vehicles since it began headlight testing last year.

The XC60’s optional curve-adaptive HID lights earned it the top rating, but of course, they’re optional, so not every XC60 will come so equipped.

Curve-adaptive tech in and of itself isn’t enough for high marks – the so-equipped Kia Sorento faired poorly in the testing. Its low beams illuminated 148 feet, compared to the 315 from the Volvo.

Keeping Safety at the Forefront

Headlight safety is an afterthought in a world where much of the safety marketing centers around semi-autonomous driver’s aids and other driver-assist systems like blind-spot monitoring, but it’s still important, and the IIHS is giving buyers a way to know how safe their intended purchases may (or may not) be at night.

Check out the press release here for more detailed information.