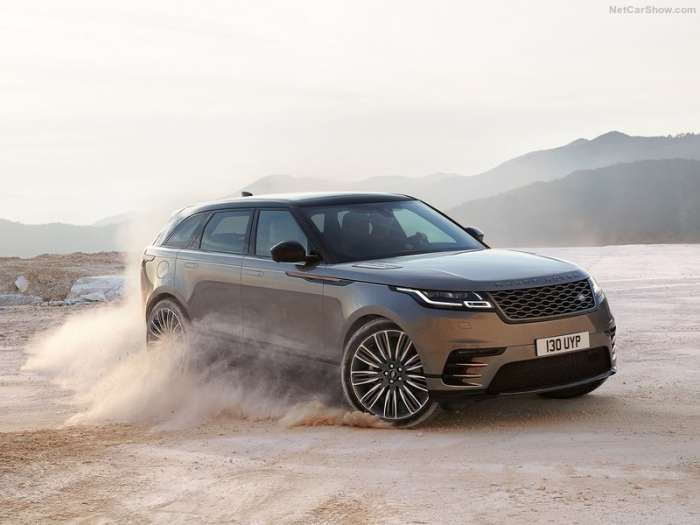 In-car data can be expensive, but Jaguar Land Rover just announced a plan to make it both affordable and unlimited. And if you're looking for a better luxury experience, you'll definitely want a data connection, even if you don't think it's necessary.
Advertisement

In-car data is one of those things that sounds great but isn’t necessarily as useful as you might think. Data plans available from other automakers haven’t exactly been cheap, often making it a better idea to spring for an unlimited plan on your phone. At that point, you could just turn on your phone’s wifi hotspot, and let your passengers use the internet that way. But Jaguar Land Rover’s latest announcement might change that.

The British automaker recently said it will offer an unlimited in-car data for only $20 a month. It will be available in any Jaguar Land Rover vehicle that’s already equipped with InControl wi-fi and will work across the entire country. This plan now matches the one that Chevrolet recently announced, which offers unlimited data for the exact same price.

If you’re looking to let your kids play games in the car or need to get some work done while your spouse drives, Jaguar Land Rover’s announcement might not sound like that big a deal. As I mentioned above, most phones can create a wifi hotspot. If you need to connect to the internet in a pinch, even on a laptop or iPad, that will work just fine.

But what a lot of people forget is that a data connection is a necessity if you want to use many of the technologies offered in modern luxury vehicles. As North American product planner head David Larsen put it in a company statement, connectivity is a "key driver for new vehicle purchases." And he wasn’t just talking about the ability for an eight-year-old to stream Netflix on an iPad during a family road trip.

Why a Data Connection Is Important

All kinds of technologies that make life easier rely on a data connection. Voice controls, for example, get exponentially more useful once the car can connect to the internet. A lot of the reason your iPhone is better than your car at recognizing what you say is because Siri has a data connection and can access a bank of information that couldn’t possibly fit on your phone.

Of course, as more cars get connected to the internet, it will also get easier for companies to target you with advertisements. In its announcement that it had partnered with IBM to make OnStar artificially intelligent, GM barely tried to hide its advertising-focused intentions.

So if you’re concerned about privacy, Jaguar Land Rover’s latest announcement might not be the best news. But if you appreciate how much more convenient it is to drive a connected car, it should be nice to know that JLR has joined Chevrolet in offering the best in-car data deal that you can get at the moment.