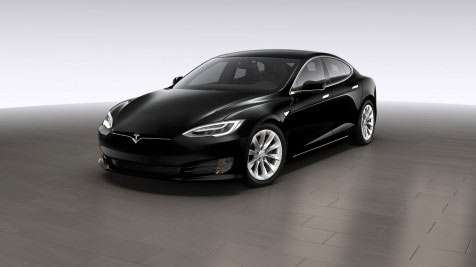 Tesla's over the air software updates have given the company a distinct advantage with added car security.
Advertisement

Over the airwaves software updates for Tesla vehicles are giving the company a distinct advantage over other carmakers, allowing owners to get their upgrades seamlessly rather than relying on third-party dealerships as per other automakers. Having your car upgraded over the airwaves seems like a tricky business at first, but Tesla have optimizing these features since the release of the Model S in 2012 and with autonomous driving slowly being rolled out, the convenience of this feature will become more apparent as time goes on.

Software upgrades on vehicles is still a relatively new development area, which is why Tesla have links with the likes of Red Bend Software, which helped secure the upgrades without overwriting the complete software. This is a seamless operation adn is obviously going to be a major selling point for the company from now on.

The software upgrades adds more security to the cars moving forward, but that hasn't stopped hackers attempting to take advantage of these more software inclined vehicles. Keen Security Laboratory have remotely hacked Tesla vehicles where they were able to move the seats, operate the brakes and opened the rear all done remotely. This was done via Wi-Fi, which accessed the driving systems, but a patch was put in place only 10 days after by Tesla. The security is also now being increased by firmware codes within Tesla vehicles needing a cryptographic key which is only known to the company.

As the vehicles become more sophisticated, they will need ever-increasing amounts of firewall and intruder detection systems to keep ahead of the game. The car's on-board diagnostic port seems to be a favourite of hackers, as it could potentially introduce malware during chipping, with other vulnerabilities like ECU control could potentially be done over the car's network with Bluetooth, smart phone apps or Wi-Fi.

This obviously means that OTA updates from now on will need the same level of security as any other electronic device, but the price of convenience and upgrades on demand with the right back-end security should ultimately win out. There will always be the potential of software hacking, just like any other electronic device, but having constantly upgraded features seamlessly sent to a vehicle instead of visiting a dealership is very appealing. I'm guessing with Elon Musk's background in coding, Tesla will revel in the software side of the vehicle industry and see the ongoing security as just part of the progression of the vehicles, more probably than the other EV producers.

Tesla are not isolated with the OTA updates as companies like Nissan having links with Microsoft to offer the same services by 2020. It's expected EV makers are clearly going to jump on board the OTA updates bandwagon as the technology moves forward.