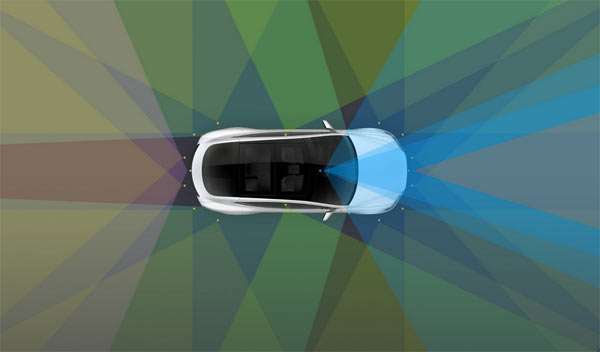 Tesla begins to roll out the updates to its Enhanced Auto Pilot, with a 1,000 vehicles in the first round of updates and the rest in the following week.
Advertisement

It's not just your computer that gets its software updates these days, from now on your trusty vehicle does the same and in the case of Tesla vehicles, the latest upgrade “Autopilot 1” will bring owners closer to self driving with the HW2 Autopilot software. The update is currently being uploaded to 1,000 Tesla vehicles and if all goes well, the rest of the fleet will be updated in the following week. The company will also provide a P100D performance upgrade in January, for Model S and Model X users.

'HW2 Autopilot software uploading to 1,000 cars this eve. Will then hold to verify no field issues and upload to rest of fleet next week,' Elon Musk posted on Twitter last Saturday.

HW2 Autopilot software uploading to 1000 cars this eve. Will then hold to verify no field issues and upload to rest of fleet next week.

Like any software, Tesla have to iron out the bugs in the system and with the new vehicles having more up-to-date sensor hardware, updates are expected at different times for the different models. Tesla vehicles built since last October at their Fremont, California factory will have the new 'Hardware 2' features which will enable full autonomous driving and those who ordered vehicles with the first-generation autopilot should now revel in their new functionality updates including safety features such as automatic emergency braking, active cruise control, Autosteer and Collision Warning.

The autopilot hardware has been installed on Tesla vehicles since October 2014, which has allowed the company to collect 1.3 billion miles of data covering many different types of road and weather conditions, which is bringing true autonomous driving ever closer.

Tesla seem to be tentative with the updates saying that this is the 'first phase' of the latest features and rightly so, as something like self driving needs to be hundred percent or not at all. With technology this complex you would expect there to be some hitches along the way and news reports over the last year have showed both sides of the coin. We recently reported how a Tesla vehicle stopped an imminent accident by applying its emergency braking, seeing the accident almost ahead of time due to its latest hardware.

On the flip-side, a Model X driver Ji Chang Son has recently claimed that his Tesla vehicle accelerated at full power while pulling onto his driveway, which resulted in him crashing through his garage causing much damage. However, after Tesla analyzed the car's data they concluded, 'The evidence, including data from the car, conclusively shows that the crash was the result of Mr. Son pressing the accelerator pedal all the way to 100%.'

The latest software updates by Tesla also tell the owners to be careful with the new autopilot features stated in the release notes, as things like the traffic Aware Cruise Control and Auto Steer features are still in beta version until fully approved, e.g. 'auto steer performance may vary during the initial phases of roll-out on the new hardware platform.

Please enable it only if you are willing to pay close attention to the road and be prepared to override it at any time. Those interested in a more robust auto steer experience should wait as fleet learning refines auto steer performance over hundreds of millions of miles.' text is followed up by 'Do you want to enable Auto Steer while it is in beta?' with un accompanied, 'Yes' and 'No' button.

If there is one thing to be gleaned from vehicle software updates from now on which differ from computer updates, read the release notes....