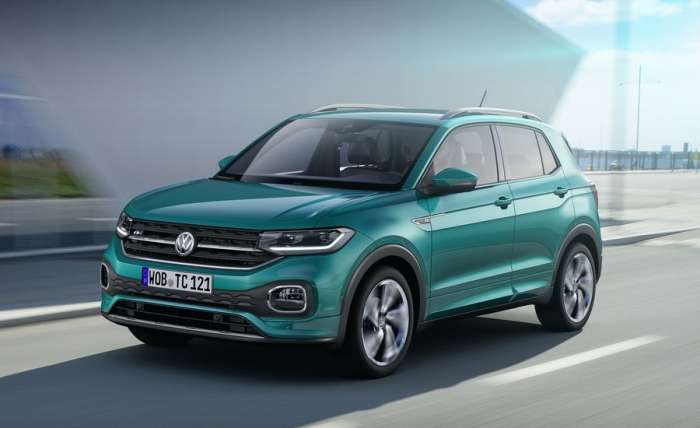 Will The U.S. See New Low-End T-Cross SUV? It Is Highly Unlikely

Yesterday, Volkswagen introduced its long-anticipated small SUV, the T-Cross, at simultaneous intros in Amsterdam, Shanghai, and Sao Paolo. Aside from being a standard new-car intro, we did learn that it will be sold in every major market, but the U.S. Torque News tells you why.
Advertisement

More than once a day, there are things that cause you to look at the thinking of the boardrooms in the auto business and wonder aloud, “why?”

Here’s today’s “why.” Volkswagen looks like it has a solid entry in the low-end of the SUV market with its new T-Cross, a small crossover that is set to compete against Renault’s Captur and Peugeot’s 2008. The new small SUV will compete in Europe, China, India, and South America. But, will the U.S. see this new, interesting crossover? Nope, it won’t.

The reasoning is that it is just too small to be of interest in the U.S. The new model will serve as the entry level in markets around the world.

Like others VW models, the T-Cross is built on the MQB A0 architecture. It joins a lineup that consists of the Touareg, Tiguan, and two country-specific models, the Atlas in the U.S. and the Teramont in China. VW plans a separate all-electric SUV, the I.D. Crozz, in 2020. The T-Cross rides on a wheelbase of 8.4 feet. Its overall length is 13.4 feet. Indeed, it is a tiny SUV, but, given vehicles like Fiat’s 500, the Mini and even the Smart For Two, you have to wonder.

Granted, VW did have to admit that its marketing strategy on the Tiguan wasn’t a total success when it restyled the compact three-row crossover last year, adding 11 inches to its wheelbase.
So, the automaker could be right that it is just too small for the U.S. market, but still, you won’t know until you try.

The T-Cross fulfills two roles for the automaker. First, the automaker believes it will help to boost its business as it dips into the booming SUV market. The boost in business will provide the automaker with billions of euros to invest in mobility and autonomous driving. Second, it “rounds off our SUV family in the rapidly growing small SUV market,” Juergen Stackmann, VW brand sales chief, told the audience at the vehicle’s intro.

It is quite an interesting package for its overall size. For example, the interior is roomy for the vehicle's size. It offers more than 8 cubic feet of storage with the seats in place, increasing to more than 13 cubic feet with the seats down. The seatbacks can be folded so the T-Cross can carry bulky objects.

Other standard features include a driver’s seat that can be adjusted vertically. The windows also feature electric regulators. There’s also a fully digital cockpit available, along with keyless entry, LED headlights, and automated cruise control. The T-Cross features assistance systems previously available only on cars in higher market segments. The equipment includes pedestrian monitoring, automatic emergency braking, lane-keeping, and lane-changing assistance. Buyers can equip their vehicles with one of three turbocharged engines whose power ratings run from 94 to 148 horsepower. Because it is Europe, there is one diesel available. Each is equipped with a seven-speed dual-clutch automatic transmission. No all-wheel-drive is available.

According to VW, the automaker wanted to retain common styling over its entire SUV range, while, at the same time, giving the model its own look. According to observers who attended the simultaneous introduction -- Amsterdam, Shanghai, and Sao Paulo – the most evident common feature on the T-Cross is a rear reflector band that stretches across the rear of the vehicle. The new crossover will be built at VW’s Pamplona, Spain.

The automaker believes the T-Cross will provide it a boost. That boost will provide VW with billions of euros so that it can invest in mobility and autonomous driving. Meantime, Juergen Stackmann, chief of VW brand sales said the T-Cross “rounds off our SUV family in the rapidly growing small SUV market.” The automaker also believes that by 2025 it will be offering more than 30 SUV sales globally. VW believes that every second VW branded vehicle will be an SUV, up from one in five now. Further, it expects strong growth in North and South American sales, as well as China.

Pricing Is More Than Reasonable

When the T-Cross goes on sale next spring, prices will start at nearly $19,000 at the top end of the SUV segment. T-Cross is positioned just below the larger Golf compact hatchback, which has a starting price of about $20,000.