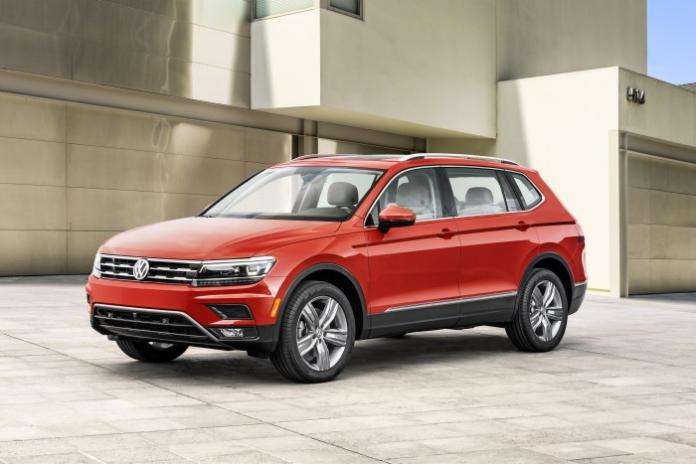 Why is VW dropping Touareg from its lineup? Slow sales and new models

If you are a fan of the Volkswagen Touareg and are planning on purchasing one, you’d better hurry because after 2017 they won’t be available. After nearly a decade-and-a-half, Volkswagen has decided to remove Touareg from its store shelves and fill them with other models. The models include the new long Tiguan and the three-row Atlas crossover.VW explains reasons for shakeup.

It’s funny, too, because the Toureg launched in 2004 to plaudits and kudos from across the industry. Reviewers praised it for its many features and such innovations as a turbocharged V-10 diesel. Its styling was spot-on, and its ride and handling were excellent (still are, as a matter of fact). Indeed, critics at the time had praise for the yards of leather that used on the interior. Indeed, no less a journal than Motor Trend awarded the Tiguan its prestigious SUV of the Year Award.

Touareg sales have been ho-hum

A funny thing happened, though, after Touareg made its debut. Instead of sales that stretched supplies to the breaking point, Touareg deliveries were slow to ho-hum. They remained that way for a decade, even after the market for crossovers became red-hot, and crossover utility vehicles (CUVs) -- the real name of the segment -- began outselling the traditional market leader, the sedan segment.

Indeed, Touareg continues to languish at the bottom of VW sales. Through the first half of this year sales have hardly moved any meters.. For the first six months, VW dealers have sold fewer than 1,700 of the high-end, mid-sized crossovers. And, people are still scratching their heads trying to find why Touareg hasn’t been a top-seller.

Lately, there has been growing agreement about the cause of Touareg's troubles. The consensus is that the Touareg is just too expensive. At the low end of its range, Touareg costs about $50,000. At the top end, it costs more than $60,000. Contrast this with Tiguans that are selling at about $30,000, or about $20,000 less. Bridging the chasm between the Tiguan and the Touareg is unjustifiable for most buyers. So, VW's sales brass has decided to axe the crossover.

It is not as if VW needs a new vehicle or a replacement specifically for Touareg, at all. Tiguan is one of the two crossovers that remains in VW’s lineup. The other is the three-row crossover Atlas, built in Chattanooga, Tenn. Atlas is a three-row crossover whose pricing is about $20,000 lower than even the lowest-priced Touareg. It offers four pricing points that bring buyers a wide range of options.

Further complicating life for the Touareg is the Tiguan. Tiguan sales have remained more than respectable for the compact crossover even as Touareg sales have continued to slump. And, now that Tiguan has been lengthened by more than 10 inches, adding a third row and becoming mid-sized, Touareg demand has tailed away even further.

VW manipulates Tiguan to take advantage of it twice

Volkswagen has even tried to capture increased sales for Tiguan by keeping the current short model and calling it the Tiguan Limited, while the long Tiguan is known as the Tiguan.

With that said, there will still be a life for Touareg. According to thecarconnection.com and other sites, Touareg may be changed a bit and will likely continue to occupy sales slots in VW’s lineup, just not here in the United States.