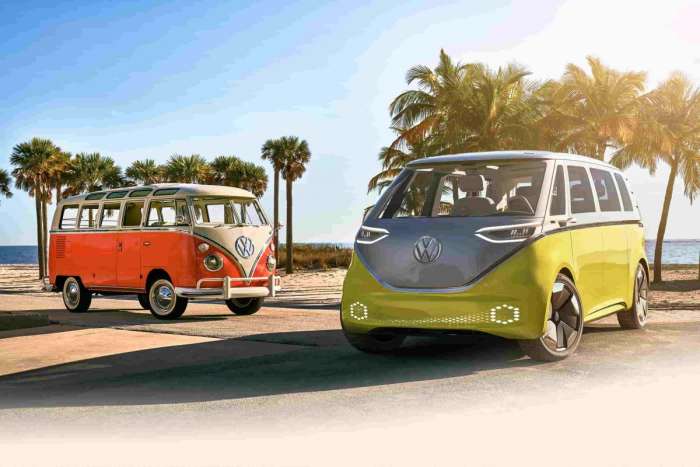 VW Sees 10 Million Sales With EVs based on MEB Platform

Looking to the future, the Volkswagen Group has announced that within the next few years it will build as many as 10 million electric vehicles based on the MEB platform.
Advertisement

When Volkswagen outlined the many major additions and deletions from its car and SUV lines due to the Dieselgate investigation, the commitment that the automaker made at that time – 30 new electric models and at least 1 million in sales by 2025 – seemed like overreach.

However, in looking at that commitment today, it looks very conservative as the automaker has promised to build at least 10 million electrics, based on its modular MEB platform. The automaker made its new commitment in a statement announced in Frankfurt, Germany. Indeed, VW Group promised to begin to meet its commitment with vehicles that will launch at the end of 2022.

According to the automaker, VW plans to use the MEB platform as the basis for the 27 model lines it promised its subsidiaries would build. VW will begin the switchover as early as next year with the rollout of the Volkswagen ID model lineup. The ID line will be built in the automaker's Zwickau, Germany, plant late next year.

“In the first wave alone, around 10 million VW Group cars will be based on this platform,” said Thomas Ulbrich, a VW official.

Though the automaker did not give a hard timeline for its forecast, it stood by its existing target. VW plans call for the automotive group to sell 3 million electrics per year by 2025. VW Concentrates on Mobiliy, Mobility, Mobility.

It’s interesting to note that while VW and other German automakers push over into volume production of electrics, one major electric maker, Tesla, continues its struggle to scale up mass production of the Model 3, its first Tesla to target the mass market. Meantime, Tesla and VW's branded vehicles, the ID series, face increasing competition. The competition comes from its own subsidiaries, as well as BMW and Daimler. Each of these models plans is planning to increase its EV output in the coming years

Last year, the VW Group, which includes its Audi, Skoda, Porsche, and Seat brands, sold 10.7 million vehicles of all varieties. Of that number, the VW brand alone, plans to sell 150,000 cars and trucks a year, including 100,000 ID-identified models to be built in Germany by 2020.

Many of the production plans were made after the Dieselgate scandal broke three years ago. As part of its settlement, VW unveiled an ambitious plan to become a world leader in green transport.

DeanMcManis wrote on September 19, 2018 - 12:46pm Permalink
VW has a huge job ahead to earn the confidence back of it's customers after the DieselGate fiasco, but their MEB plaform looks like the ticket to redemption for them. And with a company as huge as VW moving forward in building BEVs and creating a fast charger network to support them, it goes a long way in moving the auto industry away from fossil fuels. But there is a VERY long way to go to draw in mainstream car buyers first. I am also concerned with the lack of solid plans to provide electricity to 10 million+ cars every day. If there is not strong competition and innovation in clean electricity production then we could see a repeat of Enron's power scams again. Still, this is a great move by VW, and I am looking forward to seeing their various BEV models based on this MEB platform soon.