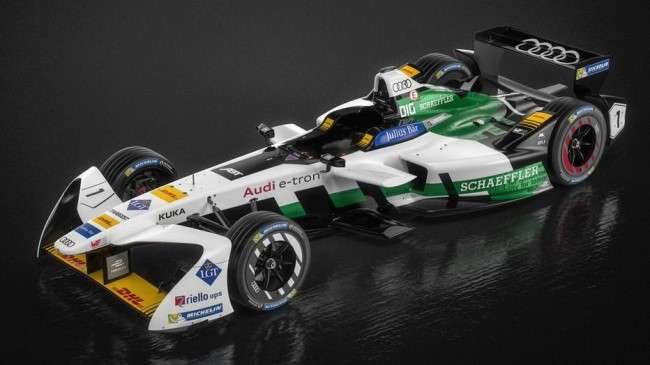 After pullling out of enduro racing last year in favor of Formula E(electric) campaigning, Volkswagen announced its factory works team for the racing series. VW will retain its current team -- Abt Schaeffler -- as the factory works unit.
Advertisement

One of the major fallouts of Volkswagen’s Dieselgate scandal was the automaker’s withdrawal from enduro racing – Le Mans, Sebring, and others. The automaker also pulled its support of factory works teams in other forms of competition. The move was made as part of Volkswagen’s belt-tightening last year. The carmaker made significant adjustments to its spending plans as it girded for the inevitable fallout of Dieselgate. In the U.S. alone, the emissions scandal has cost VW the better part of $25 billion, while the tote sheet in Europe remains open.

Indeed, no one knows the ultimate financial impact Dieselgate will have on VW in Europe where major stockholder and consumer suits are still in the offing. Consumer advocates are pushing for settlements similar to the U.S. The automaker has made moves in that direction. However, so far the bottom line is still lower than the U.S. where the owners of turbodiesels received initial payouts of between $5,000 and $11,000, and there was second payment for the residual value of the vehicle. These payouts averaged roughly $10,000. The ultimate cost to VW was just short of $10.5 billion as the automaker repurchased nearly 400,000 four-cylinder turbodiesels and close to 100,000 V-6 models.

Now facing the many lawsuits still waiting in the wings, VW has continued its cost-cutting as it positions itself for the court judgments. Some have speculated that the ultimate payout is something that only a global corporation such as VW can handle. Even major manufacturers such as General Motors are hard-pressed to meet smaller settlements such as the automaker’s ignition scandal.

With that said, VW announced at the end of the 2016 racing season that it would be moving from the endurance track to Formula E(Iectric) competition. On Wednesday, VW unveiled its Formula E works team for the 2017-18 season. It also gave the Formula E car that it will be campaigning the e-tron name. The name had formerly been on the automaker’s LMP1 entry. Volkswagen unveils Formula E works team.

VW was not the newbie it seemed

When VW announced its move from internal combustion to electric, it seemed to many outside the racing world that VW was the newbie on the block. However, it turns out that the automaker had been supporting the ABT Schaeffler Audi Sport team as one of its backers. Lucas di Grassi and Daniel Abt piloted the team’s entries.

Now, though, VW is working directly with ABT Schaeffler, and the team has become the factory works team. The team will campaign the new e-tron FE04.

The reigning Formula E champ, di Grassi, will be driving the No. 1 Formula E car for the upcoming season. He also drove the car onto center stage when Audi made its backing official Wednesday. VW also retained the services of Abt for the next season. He will also be driving a works Formula E, bearing No. 66.

The Audi works team’s FE04s will have a new look when the racing begins in earnest. Their entries will sport a white- and green-trimmed livery. The team scratched its former livery. The new colors pay tribute to Schaeffler’s contributions. There have also been changes made to the electric motor and transmission in the racing entry.