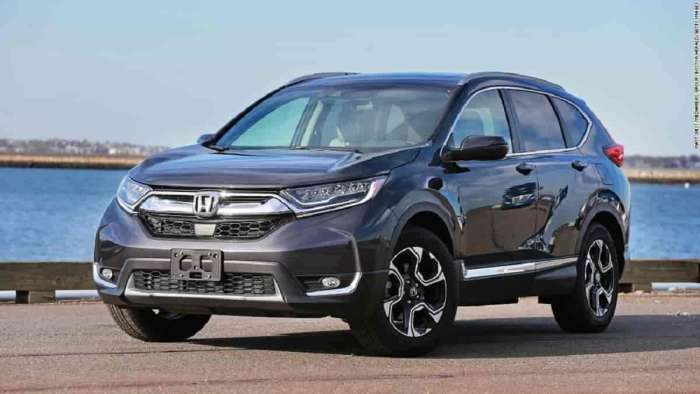 Through The Years Honda Has Had Its Problems, Now It Is Recalling 1.7M Vehicles For Auto Braking Problems

Through the years, Honda has had more than its share of problems. And, while they have remedied some of them, there are still others that have hit, like a 1.7 million vehicle recall of CR-Vs and Accords.
Advertisement

Though many people don't know it, a few years ago, Honda was not the greatest truth-teller in the car industry. The problem, you see, was that the popular automaker, for one reason or another, couldn't get its reporting done on time.

Not only could Honda not get its auto safety reports done on time, a lot of the time, but the automaker also couldn't get them done at all. It was so bad that the National Highway Traffic Safety Administration (NHTSA) launched a probe into the issue of safety reporting and ended up fining Honda a bundle.

That was in 2015. One guesses that Honda saw the error of its ways because the carmaker hasn't been on the NHTSA radar for some time. And, when it has had to do something like its auto safety reporting – an annual requirement of any carmaker that has any safety issues – today, it just is doing it.

It is with little doubt the most significant safety recall in the auto industry's history. Granted, Honda was just one of 20 carmakers swept up in the exploding front airbag housing recall, but it also had a bunch to lose from this scandal. The automaker was dependent on Takata for its airbags and components, and it owned a piece of the airbag manufacturer (a standard business practice in Japan).

Honda cut ties with the airbag manufacturer as the safety recall issue deepened. Because of their relationship -- Takata's position as Honda's key supplier -- the automaker was involved early in the Takata recall.

To refresh your memory about the recall, airbag housings manufactured in Takata's Mexican factory blew up on deployment, killing and wounding front seat drivers and passengers. Due to poorly sealed units that allowed moisture seep onto the housing. There was also a dirt pollution problem with the housings as well. The poorly sealed, dirty units allowed the propellant – ammonium nitrate – to destabilize over time.

As ammonium nitrate becomes more moisture-laden, it weakens and becomes more unstable. When needed in a deployment, the unstable propellant becomes more powerful, often causing the airbag housing to burst apart, sending shrapnel scything throughout the front of a vehicle. The bursting airbag housings have killed more than 23 operators in the U.S. The bursting front airbag housings have killed many outside the U.S., with more than 280 operators and passengers seriously injured. Ford has also been impacted, as Takata airbags were used in 2000-2010 Rangers (and Mazda B2000-3000s).

Now, Honda has another major recall on its hands. This week, the automaker recalled 1.7 million Honda Accords and CR-Vs after NHTSA received reports from 278 consumers of automatic braking problems.

Specifically, federal regulators are probing 2018-2019 Honda Accord sedans and 2017-2019 Honda CR-V crossovers. The consumer complaints allege that the automatic braking systems (AEB) activated the brakes unexpectedly while the vehicles were moving. Most new cars have new vehicles have AEB which work and have saved lives.

According to Consumer Reports, as cited on Yahoo, NHTSA sees potential links to six crashes that ended up with some injuries.

Honda To Cooperate With Probe

Through an email from its spokesperson Chris Martin, Honda said it will "cooperate with the NHTSA through the investigation process, and we will continue our own internal review of the available information."

Honda isn't the only automaker under investigation for this issue, and Nissan has been under investigation for similar issues. Mazda also reportedly initiated a recall three years ago for a similar problem. Tesla, two weeks ago, was forced to recall Model 3 and Y vehicles for "phantom braking," where the brakes suddenly activate under AutoPilot control.

As was explained on Yahoo, there are several things NHTSA can do. If an automaker issues a recall, the ball is in the automaker's court to remedy and then report to the agency.

"A recall happens when either an automaker or NHTSA discovers a safety defect that must be corrected or finds that a vehicle does not meet federal safety standards. These defects often come to light after consumer complaints. Learn how to report a safety complaint to NHTSA. According to NHTSA, most recalls are initiated by automakers without any involvement from the agency."

AEB systems detect vehicles or obstacles and are supposed to slow vehicles to lessen the potential of severe crashes. AEB has saved lives and reduced crash severity. Most new cars have this technology, says CR.

It's great that vehicles have this capability – and here's the but – but the safety agency has received complaints about the Accord and CR-V, which indicate that the braking activations happen randomly "and without warning." Indeed, sometimes it involves significant speed changes when nothing is on the road. When this occurs, the vehicle is in danger of a rear-end crash.