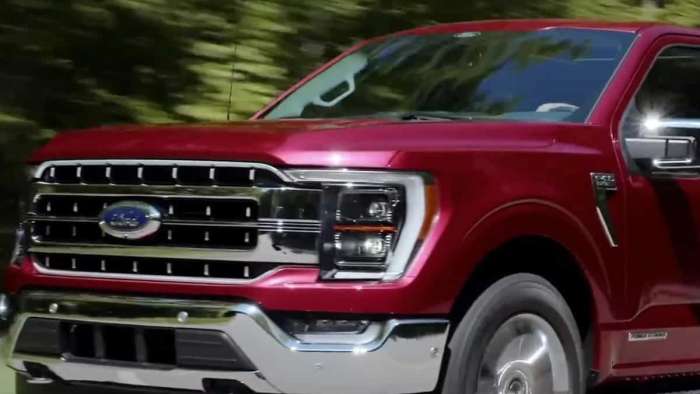 With the continuing pandemic, more people are working from their homes. But. there is a tad of a problem with working from the house, vehicles are sitting for long periods of time in driveways or parking areas or on the street. They are open invitations to catalyst thieves.
Advertisement

Though you may not realize it, if you own a Ford F-150 or similar pickup, you may have painted a target on the side of the vehicle. For the 44th year, Ford F-150 sales led the pickup world. My colleague Jimmy Dinsmore discusses the sales impact in depth while I discuss one of the fallout problems.

You see, thieves are targeting tall vehicles like pickups and stealing their catalytic converters. It's a relatively straightforward operation for an experience catalyst booster. In short order – perhaps five minutes or less – the thief is under your truck armed with a hacksaw or a pipe cutter, and a few thrusts or turns later, the cat is on the ground, and your truck is facing a significant repair bill.

Hopefully, the thief will know what he or she is doing and leave your vehicle in reasonable shape, but that isn't very likely. More than likely, the thief or gang of thieves – it's not unusual for the thieves to spread out in a darkened parking lot as they look for several vehicles – to pray on many vehicles, leaving them pretty much wrecked for their owners. It's much more profitable for the thieves.

On average, an F-150 is a target of opportunity for a cat thief. The reason is that it sits well off the ground, and the cat is easily located and removed in about the rear third of the exhaust system.

The catalyst plays an essential part in the pollution control system. After the plumbing suppresses pollutants, the cat is there to handle cleaning up things even further and reducing bad stuff like NOx into less harmful substances like carbon dioxide, nitrogen, and water. Without a cat, an engine performs very poorly, at best.

Indeed, when a catalyst thief is through working under your pickup, the engine performs very poorly.

Catalytic converter theft is one of those crimes that hide until you start up your vehicle. Then, it begins to make a considerable racket. Alyssa Wurzberg told CBS News, Denver, that "I started my car, and there was a roaring noise. It could've woken up the whole neighborhood. I knew it was the catalytic converter."

Spreading the warning to her neighbors via the app NextDoor, Wurzeberg found several of her neighbors had had similar experiences. Catalyst thieves had hit their vehicles in the middle of the night. "You'd think that being parked on the street, there's not a ton of room to work. But, they're coming in the middle of the night. Who knows?" Wurzberg asked.

Wurzberg took her truck to Elder Auto in Denver, where the mechanics weren't shocked by what happened. Said Cody Leach, shop manager, "They've always been stealing them [catalytic converters], but over the last year, it's gone way up along with break-ins and ignition damage." He noted that stealing a cat doesn't take much time.

The increase has coincided with people working from home and not commuting nearly as much as they formerly did.

Leach told CBS that "it only takes a minute to cut this thing off. They come with a hacksaw, cut both ends of the cat out, pull it down, and they're gone. They know what they are going for."

Wurzeberg paid the $900 to replace the catalyst stolen from her vehicle. She was lucky it didn't cost more as others had paid thousands of dollars more to cover the cost of damage done when inexperienced cat thieves hacked vehicles badly, getting the cats out. There have been reports of some expensive F-150s having as much as $40,000 damage due to inexperienced cat thieves.

The pandemic also has affected this as well. Wurzeberg told CBS-TV that she was lucky to have gone back to work before thieves took her vehicle's cat. Indeed, she is counseling vigilance among her neighbors.

Wurzberg says she's lucky that she regained her job before the cat boost. Now she's warning her neighbors to be vigilant because a catalyst theft can push someone off the economic cliff. "What if this happened to someone and they're struggling to put food on the table? Now they can't drive their car," she said.

Pickup trucks, like a Ford F-150, are easy targets for thieves. Due to vehicle height, thieves can get under pickups without jacking them up. This makes their catalytic converters easy pickings.

Cats from hybrids often have a bigger payday for thieves. The reason is that hybrids often use even more esoteric substances than platinum to remove the nasty stuff from emissions. It's not unusual for hybrids to use rhodium or palladium, both of which are rarer and more expensive than platinum in their catalytic converters.

This year's crop of stolen cats isn't about to yield a large cash haul, but that situation will likely change soon as emissions rules tighten up, forcing automakers to use the more esoteric substances to clean things up.

In the next few years, cats for internal combustion engines will be multi-stage devices able to meet stricter emissions rules. The rules are likely to be based on those advocated by California's pollution-control agency, CARB.

Better Cats In The Near Future?

For cat thieves, the coming catalytic converters – not all cars on the road will be electric or electric – may mean there will ultimately be bigger hauls because thieves can sit on a supply of them and wait as salvage prices certainly won't be going down. And, without cats, the salvagers will need to pay more.

The hauls will be for the salvagers who gut the catalysts and recover the more expensive coatings from the hundreds of marble-sized carriers on which the valuable substances are sintered. So, it is likely that cat theft may become even more of a problem as the cats are more valuable.

If thieves grab your F-150's catalyst, remember to report it to your local police department. If you don't report it, your car insurance won't cover the theft, and you will end up paying to replace the catalytic converter out of your pocket. It is the type of theft that isn't obvious, either.

With many people staying at home and working there and driving less, many people may find their vehicle catalyst stolen long before realizing it as people hunker down working at home.

Honestly, you cannot do much to prevent cat theft if thieves target your vehicle as it sits in a parking lot or in front of your house on the street. 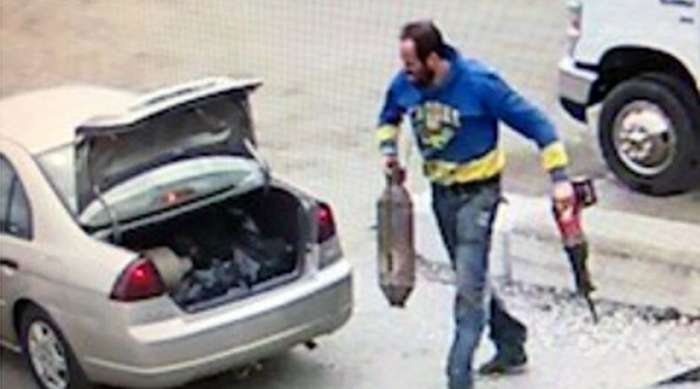 To give yourself a better chance of escaping catalytic converter boosters, try to park your F-150 in a well-lighted area, possibly near a building entrance. Also, try to park so that your vehicle is close to curbing, making it is tougher to get underneath, even if there's lots of ground clearance. You can also try adding a motion detector as part of your vehicle's alarm set up. One of the ways cat thieves flourish is anonymity. If the F-150 or car suddenly starts to squawk loudly, they will be gone as quickly as possible.
F-150s And Others Require Close Eye

Aside from being exceedingly easy to steal, which makes them targets of easy opportunity for thieves. Most of the time, once they have dropped the cat and are hauling it away, they have earned themselves an easy $100 to $150. For a thief, it adds up quickly. If they can find 10 cats on a night and boost them, they have earned a $1,000 to $1,500 payday for themselves. The investment in time and the chance of police detection – unless the vehicle is parked in front of a police station – is an absolute minimum. It is pretty much all profit for them.

For the salvagers who are buying the catalytic converter, the profit is inside, provided the cat is in good shape and hasn't had much fuel moved over the beads inside. The more fuel poured over the cat, the more eroded the beads are, so the profit falls.

For salvagers, it's about opening the cat and dumping out the beading material inside. They are little more than rather large containers full of beads coated with various catalytic substances. The substances consist of platinum, for the most part. Other parts of the catalyst are filled with beads covered with other noble metals, as they are called. The two primary metals are either palladium or rhodium. What type of profit is there for those who are trying to recover the metals?

According to recent figures from the United Kingdom, where gold was paying about $1,713 per troy ounce, palladium was worth roughly $1,914 per ounce; rhodium was worth $8,300 per ounce, while platinum was worth about $800 per ounce. Rhodium and palladium are used in the catalytic converters of hybrids.

Ronald J O'Bannon wrote on July 1, 2021 - 1:49pm Permalink
I am looking for a metal plate to stop thieves from taking my catalytic converter. Can you help me with this issue or do you know someone that can?
Talons Garage wrote on July 8, 2021 - 4:08pm Permalink
I make a plate that protects the cats.
Dumas wrote on March 2, 2022 - 3:00pm Permalink
There is no evidence that theft increase is due to lockdowns, but your article mentions it at least three times. What you fail to mention, is that we have an open border with millions of criminals pouring across; 2 million in 2021 alone, and more than that projected for 2022.