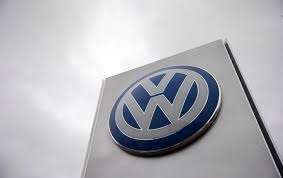 Is There A Smoking Gun In A Pile Of Wiped Dieselgate Cellphones?

The Federal Trade Commission has asked the court to allow it to revisit a pile of wiped cellphones with Volkswagen's corporate witness in the criminal probe phase of the Dieselgate scandal.
Advertisement

Is there more to the Dieselgate scandal than meets the eye? The Federal Trade Commission (FTC) wants to ask Volkswagen officials about evidence, including a pile of mobile phones that was destroyed, as the agency looks into the automaker’s self-inflicted diesel emissions scandal. (VW has admitted using “defeat devices” to scam nitrous oxide emissions on its 2.0-liter four-cylinder turbodiesel engines and 3.0-liter V-6 mills. The scam lets vehicles seem to pass emissions goals and tests, while the engines flunk badly.)
Dieselgate Scandal Payments Have Begun

In a court filing Thursday, FTC attorneys told the court that given “the massive scandal at the center of this case, 23 lost or bricked phones is a bright red flag, especially when they include phones that belonged to important individuals … [FTC] should not have to accept VW’s assurance that there is nothing to see and that we should just move along.”

FTC Seeks New Round Of Questions

Specifically, the FTC asked U.S. District Judge Charles Breyer to order further questioning of Manual Sanchez, the automakers “designated corporate witness,” because he was “either unprepared or otherwise unable to provide responsive information.” Judge Breyer has been overseeing the huge $16.5 billion Dieselgate class-action suit settlement that was negotiated through his court in San Francisco.

Volkswagen, in its answer to the FTC filing, contends that its witness has already answered thousands of questions in a deposition. But, the federal consumer agency says the answers were “nonsensical or evasive responses” when the questions zeroed in on whether the evidence was intentionally destroyed.

According to the FTC filing, Sanchez “answered ‘I don’t know’ or some variation thereof over 250 times, including in response to questions he should have been able to answer,” including questions about the 23 lost or wiped phones.

The new FTC request comes as the Dieselgate scandal continues to swirl around Volkswagen. Now that a major portion of the civil claims has been settled, Dieselgate is moving to its criminal phase as investigations in the U.S., and Germany continue their probes. The criminal probes – Justice Department and German prosecutors – were the result of the automaker’s admission last year that it had rigged its cars to evade the environmental law. VW has maintained steadfastly that its senior management was unaware of the decision to install the “defeat device” software to rig emissions tests.

According to comments to Bloomberg published in Automotive News, Erik Gordon, a law professor at the University of Michigan, said absent evidence could have significant implications for both civil and criminal probes. “VW may soon push the government to believe the company and its top executive are” not obstructing justice, Gordon maintained. “The FTC could consider it a false and misleading trade practice for the company to make public claims that it is cooperating with regulators.”

Volkswagen, sued by the FTC over its ad claims is already a party to the major civil settlement negotiated in the Dieselgate class-action lawsuit. VW agreed to pay $16.5 billion to settle claims in the U.S. The agreement covered 480,000 2.0-liter, four-cylinder turbodiesels. The company is now seeking an accord with the owners of 80,000 3.0-liter V-6 diesels over the defeat devices used on those vehicles. At issue is whether the vehicles will be repaired or taken off the road. It appears that roughly 20,000 will be taken off the road as their engines cannot easily be fixed, while 60,000 vehicles will be repaired.

A hearing on the FTC request is set for Dec. 22.