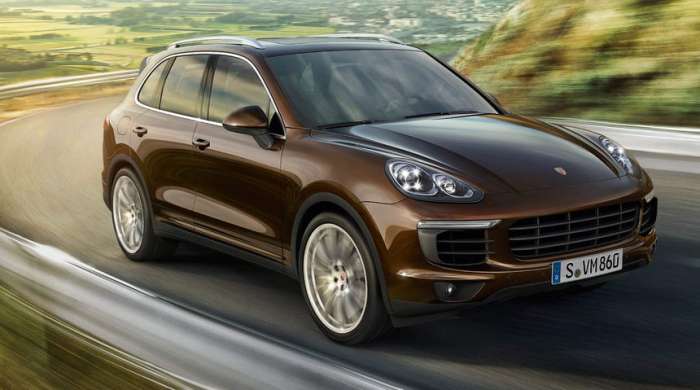 After months of back-and-forth, VW and regulators seem to have settled on a plan that may mean owners of 3.0-liter VW diesels may receive compensation or fix.
Advertisement

At last, after months of back and forth, it looks as if Volkswagen and regulators – Environmental Protection Agency (EPA) and California Air Resources Board (CARB) -- have agreed on plans to either fix or buy back about 80,000 Audi, Porsche and Volkswagen 3.0-liter V-6 turbodiesels. They have been at the center of an ongoing battle between the automaker and regulators to find an acceptable fix for Volkswagen's diesel cheating.

According to knowledgeable sources, 60,000 of the vehicles would be repaired. The remaining 20,000, either too old or complex to fix, would be repurchased by Volkswagen.

Similar to the 2.0-liter four-cylinder engines also involved in the diesel emissions scandal that is also known as Dieselgate, the 3.0-liter turbodiesel powerplants were equipped with so-called defeat devices. The devices are software subroutines that monitor for emissions testing. If the subroutines detect emissions testing is underway then the vehicles’ pollution control systems are enabled, so each tested vehicle passes. When the testing is completed, the emissions control systems are shut off. The defeat devices make it appear as if engines are clean when they continue to emit high levels of oxides of nitrogen (NOx), a major component of diesel exhaust. The emissions duping plan enabled 3.0-liter engines to emit up to nine times the level of NOx allowed under EPA rules.

In an interesting twist, it appears that the defeat devices used on the 2.0-liter four-cylinder turbodiesels are illegal in most countries, while the 3.0-liter engines sported defeat switches that were legal in some places, although not in the U.S.

Under the tentative plan announced Tuesday, the software fix that VW has been pushing for some months has been okayed. The fix involves a software update. Some sources say this will save VW a huge piece of change, on the order of $4 billion. The automaker would have had to pay the owners of the 60,000 it hopes to fix under its plan.

If things remain as they are and if the 3.0-liter agreement works out similarly, it is likely, that VW will pay the owners of the 19,000 unrepairable vehicles for their repurchase as well as giving them additional compensation. It isn’t known if those owners of repaired vehicles will receive compensation funds.

If the reports of the 3.0-liter turbodiesel agreement are right, it is only one more aspect of this part of Dieselgate that is on the road to a solution. VW still faces a probe by the Justice Department, the Federal Trade Commission for false advertising, suits by individual states, criminal probes in Germany, France, Italy, India and South Korea and more than 200 shareholder suits.

The vehicles affected by this the 3.0-liter turbodiesel plan include:

Toyota's First EV Will Have a Name of BZ: Toyota BZ
First Videos From Inside The Boring Company's Las Vegas Loop
END_OF_DOCUMENT_TOKEN_TO_BE_REPLACED