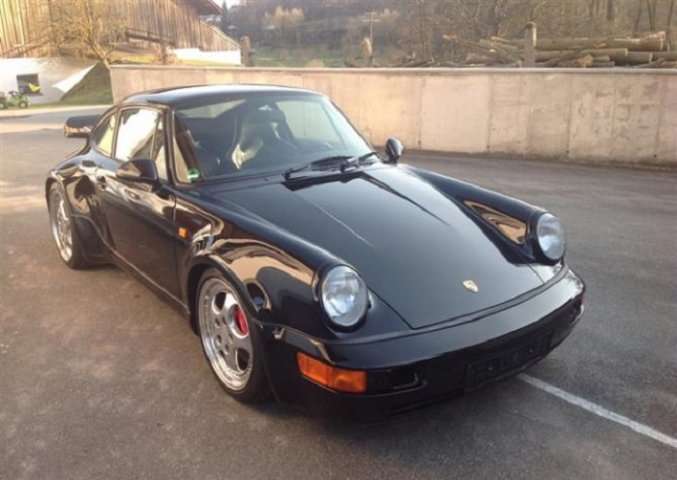 Six Ultra-Rare Porsches To Go On Block at Coys Auction

When the hammer falls Saturday at the Coys Auction scheduled for Schloss Dyck, Germany, a number of rare Porsche models, Ferraris and others will be available to buyers. A total of 80 vehicles are available. Of special interest is a model and cast car collection that is the result of 30 years of collection.
Advertisement

Excitement is building today as bidders anticipate tomorrow’s Coys auction at Schloss Dyck, Germany when six ultra-rare Porsches will be on the block. Their sale could generate more than $1.5 million. The Porsches are unique and include:

Though the Porsches are key marques in their market, there are other important international vehicles set for auction. Of the 80 cars that will pass through the auction tomorrow, a number are important Ferraris. The Ferraris include a rare 1968 Ferrari 330 GTC with Pininfarina coachwork which is expected to sell for between $600,000 and $700,000. There is also a rare 1983 Ferrari 512I Berlinetta Boxer with Ermenegildo Zegna-designed wool interior which is projected to attract between $360,000 and $410,000. And, there is a 1998 Ferrari F355, previously owned by the president of the Ferrari Owners Club, Germany that is expected to attract between $85,000 and $95,000. Also, there is a pre-production 2002 Ferrari 575M Maranello that is projected to draw between $140,000 and $170,000.

The auction coincides with Classic Days at Schloss Dyck, one of Europe’s most glamorous venues. The Schloss is a 17th-century German castle. More than 80 classics and sports cars will be for sale when the Coys auction hammer falls.