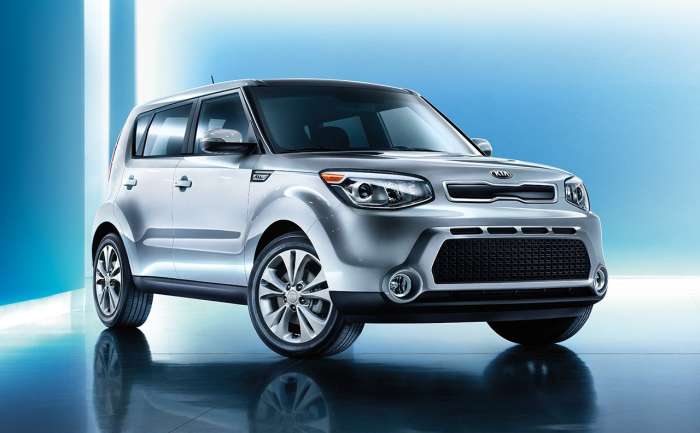 The quirky Kia Soul and the all-new Cadenza were major winners in this years Active Lifestyle Award. Soul took Lifestyle of the Year.
Advertisement

The Soul, Kia’s quirky not-quite-a-hatchback, and not-quite-a-crossover, won a special award recently. It was named the 2016 “Active Lifestyle Vehicle of the Year.” The award was presented in Chandler, Ariz., following judging by media and elite athletes. The win was the fifth consecutive time the Soul took the prize.

Joining Soul on the awards stage was the 2017 Kia Cadenza, an all-new design. Both Kia’s received the honors at the 13th Annual “Active Lifestyle Vehicle of the Year” awards ceremony.

“Winning the Active Lifestyle Vehicle award for the fifth consecutive year is a clear indication that the Soul makes a great companion for urbanites who are constantly on the go,” Orth Hedrick, vice president of product planning for Kia Motors, told the reporters present at the awards ceremony.

Putting the Soul into a unique performance category, “urban passenger vehicle,” Kia said it is one of the automaker’s best-selling nameplates. Priced at $15,900, Kia believes the Soul “boast value and utility in a small stylish package. “

For 2017, a turbocharger option joins available engine options and should give the already-fun-handling Soul a nice kick in its performance. And, speaking of 2017, Kia says the all-new Cadenza, whose starting price is a tad below $32,000, should be arriving in dealer showrooms soon in decent numbers.

Nina Russin, the founder of the Active Lifestyle Vehicle program, said that the Soul won the urban category for the fifth year because “it’s a stylish, affordable vehicle with a spacious cargo area and small footprint” that is an idea for cities. She called the Cadenza “proof that a luxurious car doesn’t have to break the bank.”