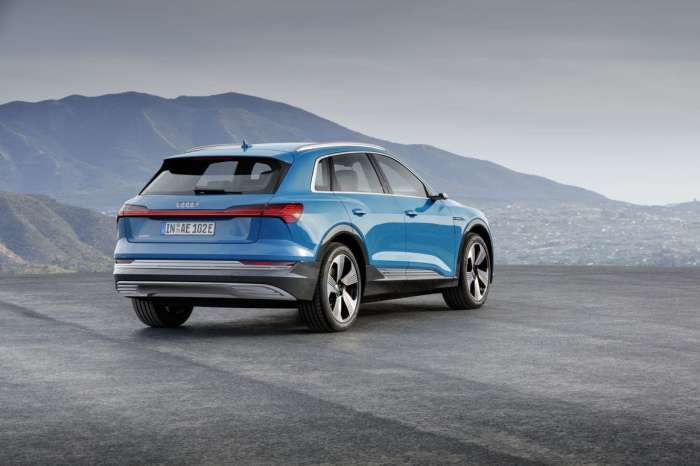 Prediction For Future: At Least 9 Electric SUVs By 2025

With the old year rapidly running out the clock and the new year waiting in the wings for its turn on the calendar, it's time to make predictions. Here's one that is pretty clear, by 2025 there will be at least nine electric SUVs on the market. They come from across the automotive spectrum from established companies to startups.
Advertisement

Do you remember the last time you got on the road early in the day? Wasn’t it great with little or no traffic to get in the way or keep you from moving? Gradually, as the sunrise came, more and more vehicles joined the ever-growing crowd headed toward whatever major metropolis that is in your region.

EVs Have Doubled In One Year

It is state of the electric SUV world right now. Last year, there was only one battery-powered SUV, Tesla’s Model X. This year the number of EVs has doubled with the Tesla still there, joined by the Jaguar I-Pace. And over the next couple of years, there are at least nine more headed onto the highway to join the pair already there. They range from long-established vendors like Mercedes-Benz to newly hatched automakers like Rivian.

Indeed, in a couple of years, you’ll find that the electric SUV market resembles the proverbial rush-hour parking lot with the numbers of vehicles that are now heading toward the factory floor. The Chinese will be represented or over-represented in the electric market, while other, more traditional makers, as noted, will be jumping in. Aside from the manufacturers already mentioned, Audi has been rumored preparing its electric crossover following the introduction of the E-Tron. The automaker will reportedly unveil a concept model early next year. Audi will likely move quickly on the new Audi will move fairly quickly from concept to sale in late 2020. Audi, during its discussions, include the E-Tron GT.

In the run-up toward its 27 electric vehicles (EVs), Volkswagen’s Audi announced last year that it had planned three EVs for the market by 2020. These were the leading models of a nine-EV wave set to come ashore by 2025. A story in the British car publication Autocar confirmed the new Audi entry. It said the size would be between the Audi Q2 and Q3. It would also be the smallest and probably the most affordable EV in the Audi lineup. This assumes, though, that Audi is on time with the new model, which would also be the automaker’s fourth EV. The first three would be the E-Tron, E-Tron Sportback and the E-Tron GT.

This EV would be a member of the Audi family. Audi design chief Marc Lichte told The Motor Authority. It will have the same inverted grille, intakes, and shoulder line design that is sported by the more significant members of the EV household.

Audi is working with three SUV platforms as it attempts to bring the new EVs to market. The Motor Authority said the design team is working with a heavily reworked MLB Evo architecture for he E-Tron SUV and derivative models. It will use the J1 for the GT – and Porsche Taycan – and the PPE, developed with Porsche for future EV. There’s another EV, which uses the VW MEB platform, that was designed first for the I.D. family. It will launch next year with the I.D. Neo. Two other VW subsidiaries Skoda and SEAT will eventually receive the new EV.

The vehicle could easily be the A3-sized EV that was mentioned in an interview with Auto Express a couple of weeks ago at the L.A. Auto Show. It is still unknown whether it will be a hatchback or crossover.

Along with these vehicles, Audi’s planning includes bringing five more SUVs to market before 2025. That is enough speculation. What we know for sure is that by the time the wrap finishes on the 2020 auto year, there will be nine EVs that include: