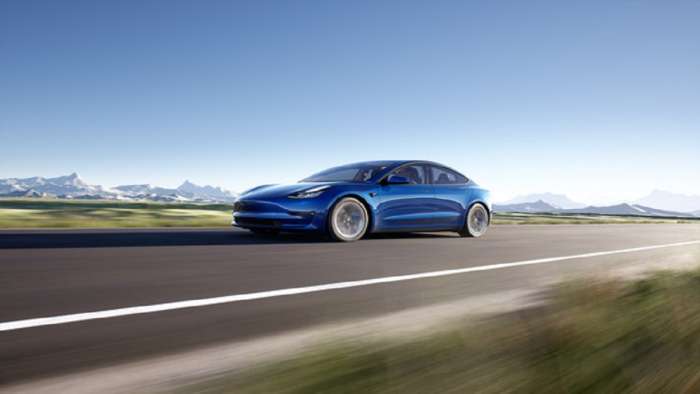 Tesla Motors, driven by software, has more than once updated its infotainment system with good results. Sometimes, though, the results resemble updates that have gone out to the AutoPilot subroutine. In this case. the automaker's large front screen could access video games that could be played by the operator -- not a great situation at 70 mph.
Advertisement

Sometimes you have to wonder about Tesla. Time after time in the last several years, the automaker has done things that are not, it seems, in its best interests. Yet, when confronted with an incident or incidents, the automaker retreats to the "Who me?" defense, or it will use the "We don't allow that particular mode and besides we fixed it!"

Let's face it; Tesla has kept on trying, it seems, to push out its hands-off (autonomous) driving mode under the radar. In other words, its driver-assist software called AutoPilot usually has a hands-free driving mode that will allow operators to program in several parameters and then let the vehicle take over the driving chores.

But are there any safeguards built it? Those safeguards might include warning chimes, visual alarms, and even, quite possibly, things like steering wheel vibrations to remind the operator that instead of letting the vehicle's artificial intelligence software take care of driving decisions, there are decisions that drivers have to make. There are no reports about such warning devices.

The National Highway Traffic Safety Administration (NHTSA) has opened several investigations into fatal crashes that, it turns out, happened because the Tesla was in AutoPilot mode and was speeding along with the operator either nodding off or reading or doing who knows what behind the wheel.

These incidents have drawn howls of protest from Tesla, which has proclaimed that either the mode has been disabled in this particular revision of the AutoPilot software or that the driver was somehow to blame for ignoring something. The driver could indeed have been unaware of the looming phone pole, traffic light, other vehicles, or a police vehicle up ahead. But, you would think that if the driver was unaware of the looming threat, shouldn't the AutoPilot system have warned the operator. Federal safety officials have looked into several fatalities since 2016. These incidents need not have occurred because the AutoPilot software wasn't ready for prime time.

For Tesla It Is A Quick Move

Now, in a rocket-quick action for this automaker, Tesla has turned off what could have been a disastrous mode for its infotainment system. We all know that Tesla is one of the most software-dependent vehicles on the road. The electric vehicle manufacturer loads new information and has loaded new modes all the time during its over-the-air software updates that it sends out to its ever-growing fleet of electrics.

Much of this information is frankly dull and entirely administrative as the automaker updates this particular mode or that mode. However, someone apparently dropped the ball in its latest update. The automaker sent out a software update that allowed the operator to engage in video game play while the vehicle was moving.

Imagine playing something like "World of Warcraft" or the like as the vehicle whizzed down an interstate at 70-plus mph. Imagine if the operator missed telltales of a vehicle stopped or a crash up ahead because of a video game. At 70-mph or more, it takes more than 350 feet to bring your vehicle to a dead-stop even with the best automatic braking system out there, and it is just a law of physics. If you have a software system that allows game play in a speeding vehicle, that law aside, you have all the ingredients for a real driving issue. It is called distracted driving, and it leads to many problems.

Indeed, the federal safety agency announced yesterday, said CBS News, that playing video games would no longer be allowed while a Tesla was in motion.

The agency said that Tesla indicated it would send an update to disable "Passenger Play" mode while Tesla is moving. The game-playing mode would have enabled such classics as Millipede and Asteroids on the front touchscreen.

Tesla's announcement comes less than a day after the federal safety agency said it would open the investigation into the distracted driving concerns raised by Tesla's video game mode. The agency has had distracted driving concerns regarding other modes of Tesla's AutoPilot software and the fatalities and injuries it has caused. Tesla, of course, has denied any linkage.

CBS reached out to Tesla, but the automaker could not be reached for comment.

The agency's action was spurred by a Portland, Ore., Tesla owner who filed a complaint with the safety agency. His complaint noted that he had discovered one could play video games while Teslas are moving. According to NHTSA, Passenger Play was supposed to be supported only when a Tesla was in Park.

The Tesla owner, Vince Patton, filed his complaint a month ago. At that time, Patton discovered that drivers could use Passenger Play as the car moved. A strong Tesla supporter, Patton indicated he had nothing against the automaker and liked his electric vehicle. However, he did indicate that drivers would use Passenger Play and become distracted.

Though there have been no crashes or injuries reported to have been caused by Passenger Play to date, the safety agency noted, they have concerns that mirrored Patton's who told CBS that "Somebody's going to get killed. It's absolutely insane."

The agency is already probing why the automaker's AutoPilot software has reportedly been responsible for the crashes into halted emergency vehicles. It is also looking into the automaker's Self-Driving mode. The agency's probe follows a complaint that the Self-Driving software nearly caused a crash, and crashes in Detroit and Houston have also been attributed to the system.

NHTSA is also looking into a fatality in California where an operator was reportedly asleep as a Tesla sped past. In another reported AutoPilot incident, a driver reported seeing a Tesla with its operator reading a newspaper speeding by.

Granted, those reports are anecdotal, but Torque News has heard of the same incidents, as well. Car and Driver reports that NHTSA and the National Transportation Safety Board (NTSB) have probed fatalities involving the Tesla autonomous driving mode for the last five years. In 2016, according to C&D, the first AutoPilot-related fatality was reported. The agencies have looked at 13 reported incidents where serious injuries or fatalities were reported.

Tesla has maintained there is nothing wrong with its software. However, it has also been noted that the software lacks alarm features when in autonomous driving mode. For its part, the automaker has said that drivers have to maintain their attention and be ready to intervene.

One last note is that Mercedes-Benz has also been identified as another automaker that lets drivers play games. When the automaker was informed of the problem, it issued a vehicle recall where the game-playing mode was stopped. That recall came more than two weeks ago. Tesla's recall only came, it seems, after the NHTSA announced its probe. 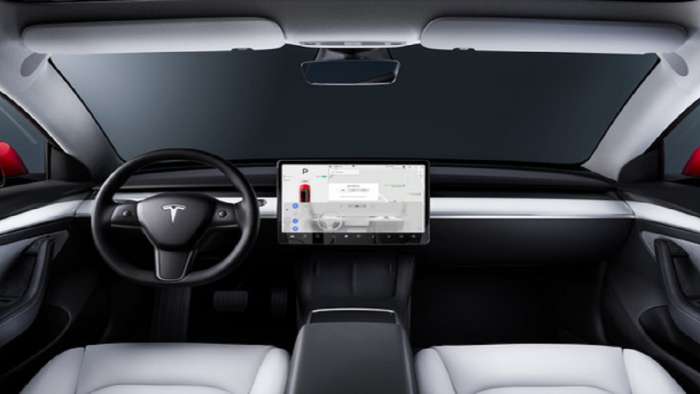