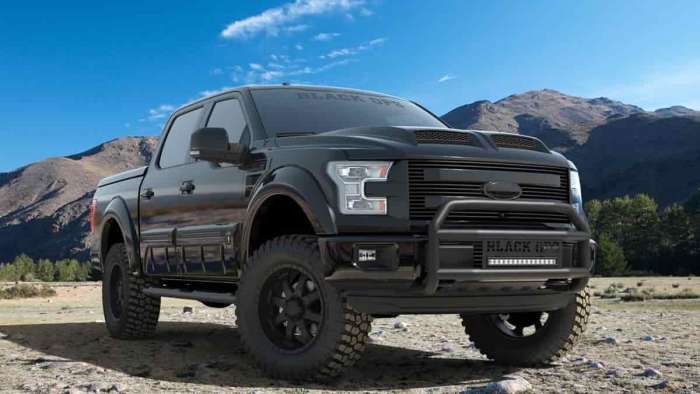 Like the new-pickup market, Ford F-150 trucks are the leaders in the used market. The information comes from an exhaustive study by iSeeCars which analyzed over 19 million new and used sales to come to its conclusion.
Advertisement

It is that time of the year again when we look back at 2019 to see if there are any trends out there and to perhaps prognosticate about what’s coming in the relatively near-term. So, what was hot and trending last year? A hint will be in today’s story by Jimmy Dinsmore, who also writes about Ford cars and trucks, as well as other auto issues, here in Torque News, about the top-selling pickup in the industry. Care to guess which one it was, or is it obvious? It was the the Ford F-150 series for the 43rd straight year.

Ford F-150 Popular in Nealy Half Of Country

For 2019, the Ford F-150 was the most popular used car line in nearly half of the country’s metro areas. Said Phong Ly, chief exec of iSeeCars, which conducted the research, “The Ford F-150 has been America’s undisputed best-selling new-car for over 40 years (now 43), and it maintains its popularity in the used car marketplace as well.”

The iSeeCars study uses on a massive base of data. It analyzed more than 19 million car sales to determine the most popular cars on the market, new and used. The study also looked at sales across the country. The study found that in 23 or 50 major metro areas, the Ford F-150 is the best-seller among used-cars. It is followed by the Chevy Silverado 1500, which is popular in two metro areas. It makes pickups the most popular segment in half of the country’s metro areas.

“While pickup trucks are commonly known as being work vehicles, they have evolved to be popular family haulers as well thanks to their abundant cargo room and safety features,” Ly continued.

“While the overall popularity of sedans is declining, popular sedans remain in high demand in areas of the country with more temperate climates that don’t require all-wheel-drive,” Ly emphasized.

Ly concluded that “The Chevrolet Equinox is among the most affordable vehicles in its class and has favorable reliability and fuel economy, which makes it an attractive option for used car buyers. These SUVs are all in the compact category, which shows that more used-car buyers favor small SUVs that aren’t as expensive as their larger counterparts.”

Perhaps the most surprising takeaway from this study is the popularity of domestic models. Ford and Chevy are the pickup truck market leaders in a market that is getting more expensive. Today, the least costly domestic pickup carries pricing in the $40s. Even work trucks – two-wheel, rear-drive – with nylon interiors and few extras are still priced near $40,000 unless you can find an old-age model (last year or the year before, but still new – they are out there). Interestingly, there is one imported full-sized pickup, the Nissan Armada, and two other domestic, the RAM 1500 series and GMC. Like the others, they start near $40,000 and rise quickly in price. None of them sells in numbers that would dislodge Ford and Chevy.

If you wonder why there are no imported models in the pickup mix, it is because most of the imports offered are midsized or compact, for the most part. The Toyota Tacoma is a market leader, followed by, not in order, Ford, Chevy, GMC, Nissan, and Honda. They are not inexpensive, either, most of them starting in the mid-$30s and climbing quickly to over $50,000.

SUV Takeaway: Compact-Sized Are Most Popular

As to SUVs, the key takeaway is that buyers like compact-sized vehicles because they are nowhere near as costly as the much more expensive full-sized models.