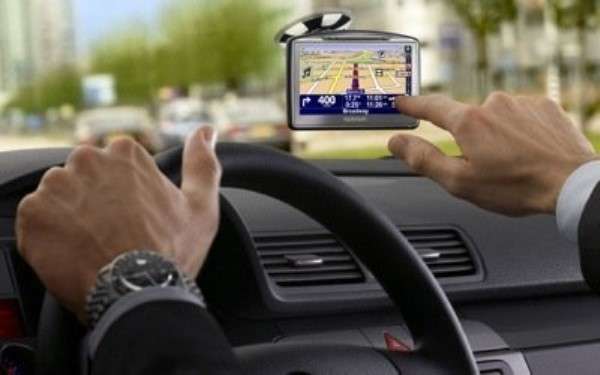 If You Think Distracted Driving Hits “Only Other People,” Think Again

Distracted driving continues to be a major issue on the highways of the country. A AAA safety study finds that today's navigation and infotainment systems require lots of driving involvement. Is it too much?
Advertisement

Sometimes you have to wonder! The entire automotive world, when confronted by the problems caused by distracted driving, shakes its collective head, sighs profoundly and agrees something must be done. And, instead of doing something about the issue, auto marketers add more distraction. Here are tips to prevent distracted driving.

For example, the AAA Foundation for Traffic Safety, as part of its continuing look at distracted driving, found that it takes 40 seconds to program a navigation system with a new or changed address while a person is driving.

The programming involves not only taking one’s hands off the wheel but also one’s eyes off the road. In a video, the safety organization placed a camera so that it illustrated a motorist’s eyes, while a second camera watched the motorist’s hands.

As the motorist programmed the new address, the foundation found that not only did the driver take his or her eyes off the road and look at the touchscreen, but the driver also took his or her hands off the wheel, at times, while programming the device.

It is funny that most drivers acknowledge the problem of distracted driving, but, then they go right on ahead and continue to practice the dangerous actions.

The auto industry isn’t helping to ease or stop the problem. As the foundation noted, they were able to continue to program their devices in 12 of the 30 vehicles examined while still rolling in traffic. Indeed, the group reported that it took about the distance of four football fields to come to a stop while the driver processed information that indicated a stop was needed. AAA equated the number of football fields to the 40 seconds it took to program.

By any math, it indicates that the issue requires action. The key, though, is that the public, while it does accept the fact, there is a problem, continues using the distractions. They program nav systems while driving; many still text while driving, and many do complicated infotainment-related routines while they motor along, seemingly oblivious to the dangers they not only are in but also pose.

Most drivers, it seems, when told of the dangers of distracted driving dismiss the information as apocryphal. In other words, they believe the stories and anecdotes are meant to stop them from continuing their distracting activities.

One would wish that the stories are merely apocryphal, but, they are not. For example, a couple of years ago, a newspaper delivery boy was walking a bike across a snowy crosswalk as early dusk settled. A BMW driver, texting while driving, failed to see the youth and you can picture the rest. The driver ran down the boy, killing him instantly. The driver’s excuse: “I didn’t see the boy.” When asked why he didn’t see the boy, he finally admitted he had been texting.

Then, there’s the unfortunately true story of a teen who was coming up on graduation. She and a friend were on their way to school on a spring morning a couple of years ago doing their usual stuff. Like most people, the girls apparently believed that bad things only “happened to other people, not me.” The last day of their lives they were motoring along at high speed on the road near their school, texting their friends who expected them soon.

Suddenly, the texts stopped. The friends became nervous and contacted the police. On investigating, the police found their car had struck and become lodged in a tree, about 12 feet up. There wasn’t much left. Their texts cost them their lives.

And, just the other day, the mother of a policeman was killed when a speeding driver struck and clipped her minivan. The force of the crash pushed the van into oncoming traffic where a cement truck couldn’t brake quickly enough and crushed the vehicle. The cement truck, tipped on its side, nearly slid into a home, stopping barely inches from the shrubbery. The owner told TV news that she could touch the front end of the vehicle from her living room.

When asked by police what she was doing at the time of the accident, the speeding driver told them she was texting her drug dealer, looking for drugs. As she looked up, the minivan filled her vision, and her luxury sedan struck the van. In a funny coincidence, it seems earlier in the day, the driver had been stopped by police in another town, and she rabbited when she had the chance. Because the street was full of school traffic – the public schools had just let out – the officer did not give chase. A couple of hours later, the deadly accident occurred.

Incidentally, news reports from the scene in the city where this occurred said the driver who caused the three-vehicle crackup tried to walk away from the scene, but police arrested her before she could go very far.

While these accidents may seem like outliers, they are not. Indeed, many times you can determine if someone is texting or programming something or using infotainment by watching the actions of the vehicle ahead. Here are some significant tells that indicate a driver is distracted.

If for example, a car swerves from side to side, it is more than likely that the driver is not only taking his or her eyes off the road to read the screen but also to answer the text or email. Many times, the car will swerve over the double-yellow line and then swing back to the right, kicking up sand and dust while hitting the shoulder.

If A Driver Is Erratic, It Could Mean Distracted Driving

Another tell is that if a driver speeds and slows, sometimes nearly coming to a halt only to speed away, though there is no traffic to slow the flow, then, it is likely that the driver is doing something distracting. These observations come from real-life situations.

Researchers from the University of Utah conducted the AAA study, the impetus for this story. They were tasked with looking at the demands of nav and infotainment systems. They checked, as noted, 30 2017 models. Their findings are eye-opening. As noted, a-third of the vehicles allowed programming while the car is in motion. And, of the 30 vehicles, 23 placed high or very high demands on a driver’s attention. None of the systems were easy to program or reprogram.

David Yang, executive director of the AAA organization, said in a statement, that “when … in-vehicle technology is not properly designed,” drivers will find that even “simple tasks … become complicated,” requiring “more effort from drivers to complete.”

Previous research has shown that one-third of the adults on the road use infotainment systems while they are driving.