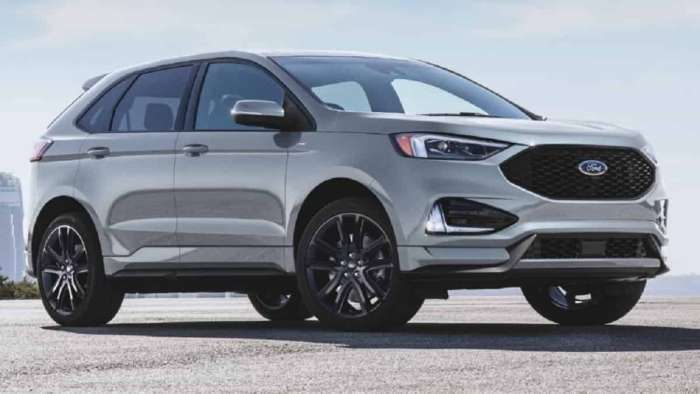 Ford has recalled 80,000 Edge crossovers to fix issues with the backup camera. Owners will be notified of the recall at the end of April.
Advertisement

Now, according to the Ford Authority, the automaker is recalling about 80,000 Ford Edge crossovers due to problems with the backup cameras. It seems that a software issue has two results. The first result is a blank image, while the second is a distorted image. It occurs when the operator puts the Edge into reverse.

The issue is that the malfunctioning camera doesn't present the operator with a clear view of what is to the rear of the Edge. This problem increases the risk of a crash, although the automaker is not aware of any crashes or injuries related to this problem.

Ford will begin notifying customers late in April regarding this issue. Ford advises owners to wait until they have received notifications from the automaker that the fix is ready.

The fix is simple. Ford will send a software update to dealers where it will be installed in the backup camera system. Alternatively, the automaker will update Ford Edge software over-the-air. The fix is free of charge. Ford's reference number for this recall is 22S14.