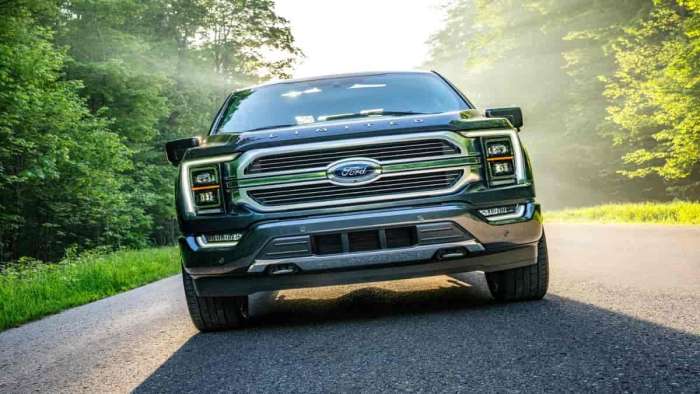 In the second recall of Ford F-150 pickups in the last six months, Ford has recalled about 200,000 F-150 SuperCab models, equipped with four-wheel-drive, because of problems with driveshaft insulation.
Advertisement

Ford has recalled nearly 200,000 2021 and 2022 F-150 pickups to repair issues with the driveshaft. The problem involves insulators that can loosen up and contact the driveshaft.

Ford Has Heard Of 27 Possible Failures

Over time, the insulators score the aluminum driveshaft to the point that it might fail. Ford says, according to Autoblog.com, that they have evidence of 27 driveshafts that may have failed due to the issue. The website notes that the problem is due to "inadequate adhesion" or, translating the corporate-speak, the glue used to hold the insulators in place didn't hold well. The issue is heat-related.

Driveshaft failure comes in two modes. The first is when the vehicle is moving, and when the driveshaft goes, the F-150 stops moving. In the second failure mode, the pickup is in Park, and it can start moving.

Ford, for its part, has heard of no accidents or injuries that this problem has caused.

The F-150s involved have a wheelbase of 145 inches. The SuperCrew models are equipped with four-wheel-drive and what Autoblog.com calls the 302A option level. Shorter models are not affected by this problem.

Ford will begin notifying affected owners at the end of next month when they send out letters spelling out the issue. Dealer technicians look at driveshafts to check for overall damage and ensure that the insulators are better installed if the damage is relatively minor. If there is apparent driveshaft damage, the dealer will replace it and related parts free.

This is the second driveshaft-related recall this year. Last June, the automaker recalled 4,436 F-150s due to driveshaft separation. According to Torque News, the clip that holds the two-piece driveshaft together was improperly installed, causing the issue. My piece on the topic details the issues involved in the earlier recall.

Quantum Transpo... wrote on January 17, 2022 - 11:15am Permalink
Quantum open car transport company is the trusted, reliable, and cheapest option when a car is shipping. Quantum transport provides the market best car transport service and mandates the collaboration of vehicle transport industry experts for both open carrier auto transport and enclosed vehicle carrier while saving its customer’s car shipping costs. Quickly and safely from start to finish Save up to 50% by requesting open car transport quote through our online form. Call us at +1 945-208-9326 for a FREE consultation. Get An Instant Quote;