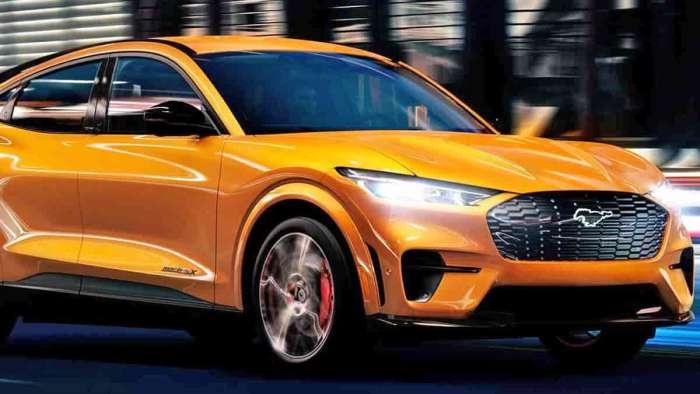 Ford's Mustang Mach-E GT and GT Performance Edition have received their mileage ratings from the Environmental Protection Agency. The results are quite interesting.
Advertisement

The Mustang Mach-E rates quite highly on the Cars.Com American-made index as detailed by my colleague Jimmy Dinsmore.

Performance Figures Off The Chart

Recently, Ford donated a Mustang Mach-E to the testers at the Insurance Institute for Highway Safety (IIHS). The fascinating backstory is related by Senior Torque News Reporter John Goreham.

Amazingly, a vehicle with the impressive performance specs of the Mustang Mach-E Performance Edition is rated at just a few miles less than its more pedestrian sibling. What type of specifications does it have?

According to information from Ford, the Mustang Mach-E Performance Edition has stump-pulling torque. The Performance Edition turns out 634 pounds-feet of torque. It will also move from 0 to 60 in 3.5 seconds. That it has this type of power is thanks to its electric power. Like a light switch, power is there, or it isn’t so that when you hit the accelerator, it immediately goes into power mode to deliver full power from the get-go.

Performance Edition Half Of Orders

“With Pirelli summer tires4 and MagneRide® damping system, Mustang Mach-E GT Performance Edition drivers get the performance thrills of 0-60 mph in 3.5 seconds while being able to travel further with the final EPA-estimated range of 260 miles3.’ said Darren Palmer, global director, battery electric vehicles, Ford Motor Company. “More than half of our orders for the Mustang Mach-E GT have been for the Performance Edition, and I’m particularly pleased that we have had orders from every state across the U.S.”