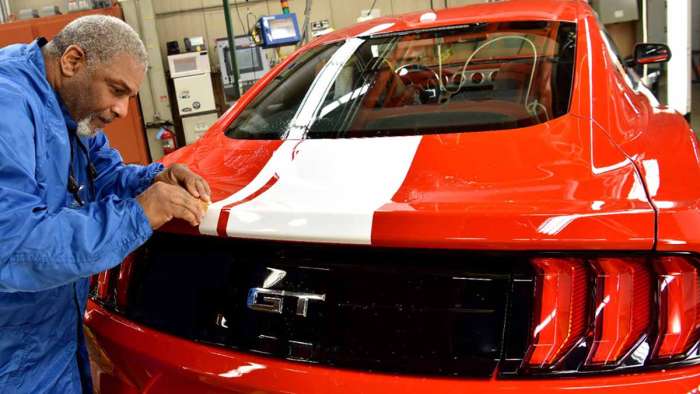 What does it mean to be an American-made vehicle? I’ve gotten into this circular argument before. If you’re a foreign company but make your product in America with the American workforce does that disqualify you?

I’ve heard that argument before and I reject it.

For 16 years, Cars.com has done their American-Made Index (AMI) and is recognized as the industry leader in this type of ranking. For 2021, the Ford Mustang jumps 32 spots from last year’s ranking to number two overall trailing only the Tesla Model 3.

This was the second time Tesla has qualified under Cars.com’s criteria and the California-based electric vehicle manufacturer lands two vehicles in the top 3. The Tesla Model 3 occupied the top spot and the Tesla Model Y was ranked third.

It’s ironic that the Model Y ranks just behind the Ford Mustang, since the Mustang Mach-E (which wasn’t eligible for inclusion in this) is the main rival to the Model Y. 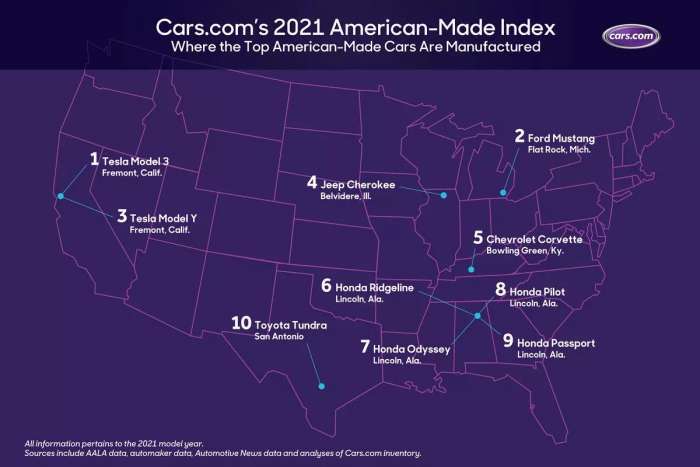 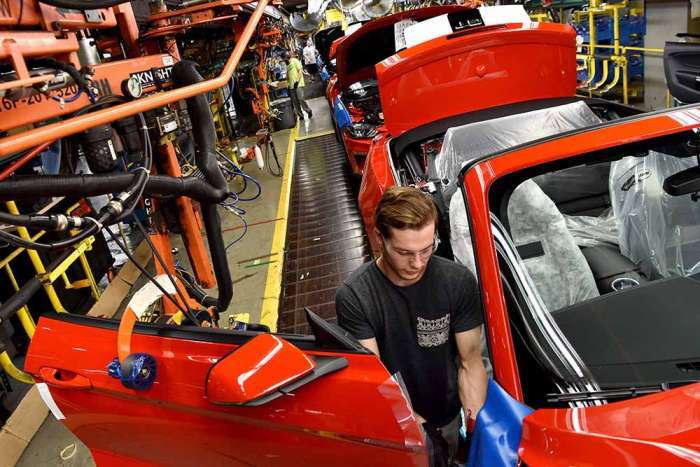 Ford Mustang at Flat Rock Assembly
In 2018 the 10 millionth Mustang assembled at the Flat Rock Assembly Plant in Michigan rolled off the line. It was a 460-horsepower 2019 Wimbledon White GT V8 six-speed convertible. Flat Rock is tied historically to the iconic Mustang, so it’s quite an honor that the Mustang climbed 32 spots on Cars.com’s AMI list.

According to the report: “The Ford Mustang landed at No. 2 after jumping 32 spots from the 2020 index, in part due to substantially higher U.S. and Canadian parts content and bolstered domestic credentials for its available engines and transmissions.” 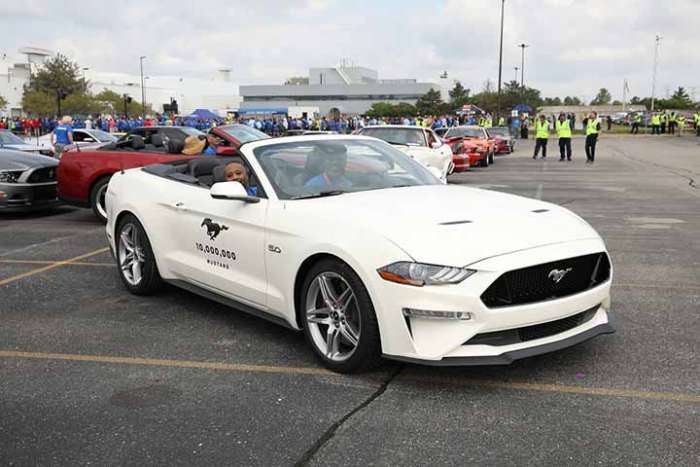 How Cars.com determines the most American-made vehicles
Now in its 16th year, Cars.com’s American-Made Index ranks vehicles built and bought in the U.S. for the 2021 model year. According to the entire report they consider five major factors:
• Location(s) of final assembly
• Percentage of U.S. (and Canadian) parts
• Countries of origin for all available engines
• Countries of origin for all available transmissions
• U.S. manufacturing workforce

As sited in the full report, “While we don’t reveal the weighting and calculation methodology, all five factors above play a significant role, as do a number of disqualifiers we’ll break out below. Models are ranked on a 100-point scale, with heavier curb weights functioning as a tiebreaker when necessary.”

The ranking in its entirety totals 90 vehicles. But, according to Cars.com there 254 other vehicles that were not ranked or included for various reasons.

“By AMI methodology, automakers sell — or plan to sell — 344 distinct light-duty models in the U.S. for the 2021 model year. Among that group, 223 models are entirely imported; 109 models are entirely built in the U.S.; and 12 models straddle the line, with some sales from American-built models and some from imports,” according to the report.

DeanMcManis wrote on June 25, 2021 - 1:53am Permalink
I will never call the Mach-E a Mustang, but it is a very competitive EV. I do look forward to the day that the real Mustang is offered with the Mach-E's drivetrain, as it could be a fantastic car, if they can figure out where to stuff all the batteries. it is a great day that Tesla gets recognized as a top selling American vehicle, not just counting EVs. And Tesla taking the first and 3rd position shows that it is not a fluke. And it's even a bigger victory considering that Tesla does not get any federal subsidies for their EVs, as opposed to all the foreign EV competition. I wonder why the Ford F150 is way down in 29th position? I always thought of Ford pickups as being mostly all-American, across the board. It is very interesting that 6th through 10th positions (of the Top 10 American vehicles) were Hondas and a Toyota.
Jimmy Dinsmore wrote on June 25, 2021 - 7:34am Permalink
I found the F-150 down that far to be interesting too. I am looking into why.