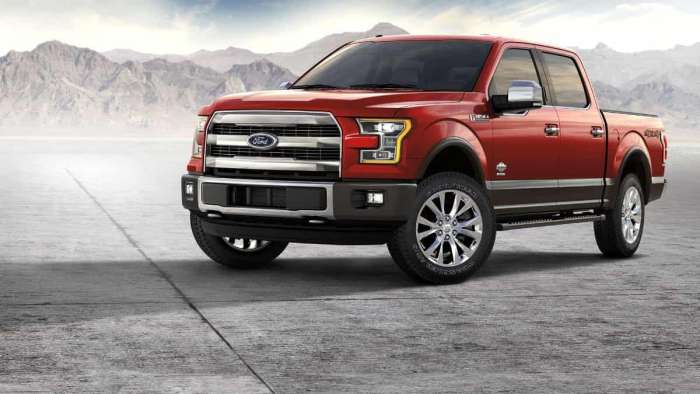 Despite Speculation, Ford F150 Engines For 2021 Likely To Remain Mostly The Same

Despite stories that suggested the contrary, it looks as if there will be no new 4.8-liter V-8 engine for the 2021 Ford F150. The speculation follows a Reuters story that suggested otherwise.
Advertisement

Last week, there was a flurry of sorts in the Ford world when reports seemed to surface that strongly suggested the Blue Oval was developing a new engine for the Ford F150 pickup line. The information indicated that the new motor was headed toward an engine bay near you in the 2021 model year when the next-generation Ford F150 was set to hit dealer showrooms.

Things have changed. The 2021 Ford F150 will not receive a 4.8-liter V-8, the engine that was rumored to have been under development for the new-gen F150. Further, it seems that Ford had never begun the construction of any new smallish V-8 mills.

It seems that original reports of a possible new engine go back three years. At that time, Reuters filed a report that Ford was putting $447 million into the engine line at the automaker’s Windsor, Ontario assembly plant. The Reuters story strongly suggested plans were afoot for a significant two-fold investment in the engine space. The first slug of money was needed, Reuters said, to update the engine assembly line. The second investment was required to update and replace the V-8. Reuters also maintained the engine was for the automaker’s Super Duty series of three-quarter-ton pickups.

Watch for news about changes planned for the 2021 Ford F150. Click To Subscribe To Torque News Youtube Channel For Daily Ford and Automotive Industry News Analysis.

Other than the engine line changes, no other part of those stories was right. However, the retooling was to build the new 7.8-liter Godzilla V-8 for Ford’s Super Duty pickups. The cash was also slated to update the 5.0-liter Coyote V-8 with new direct fuel injection. There were no other engines planned for the 2021 next-gen Ford F150.

For the pundits who had prophesied the new engine, it was not an especially good week. The Ford Authority, for example, said that while retention of the V-8 is “good news for fans of the 5.0-liter Coyote V-8. It also leaves us wondering how the powertrain lineup will look for the next-gen 2021 Ford F150.” They then spelled out the current engine lineup which “remains highly competitive.” The lineup is:

With the finish of the rumors regarding the 4.8-liter V-8 replacement engine, the folks at the Ford Authority began speculating about the 5.0-liter Coyote engine. They said the automaker could retune the Coyote powerplant ”to make more power and improved fuel economy compared to what’s offered in the current F150.” They believed there could be that an EcoBoost turbocharged 3.0-liter V-6 might also be a possibility for the F150. Finally, the electric F150, already confirmed by Ford, may not be available when the 2021 model year kicks off, while the next-gen F150 will be launched sometime in 2020 as a 2021 model.