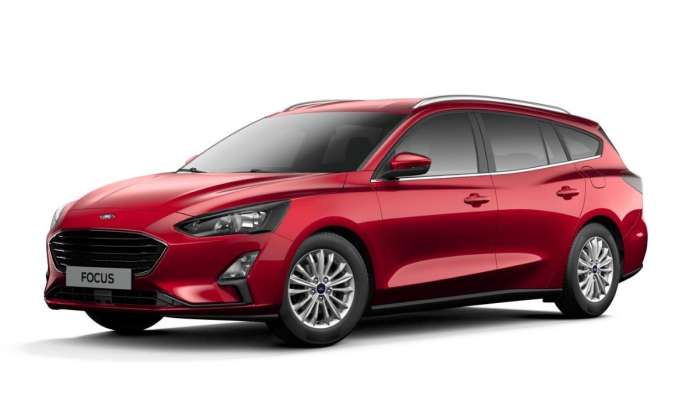 A recent report by the U.K. organization Which? has found that Ford's Focus Titanium is vulnerable to hackers. They can control the vehicle and go so far as to find personal information. Ford has not listened to this information, reports say.
Advertisement

Most of the time, when people buy a new car or truck, they rarely give data security a second thought. That’s because there has been no linkage between vehicles and data security until the last few years.

The situation changed nearly five years ago when hackers began to gain access and control vehicles. Data hacking continues today as my colleague and senior Torque News Subaru Reporter Denis Fierli reports in his piece on the Forester and hackers.

Researchers, who were able to duplicate the methods the hackers used to access cars – sometimes through WiFi, other times through direct access to the computer system through a radio control head – found that they could do some pretty sophisticated things to vehicles from miles away.

For example, they could shut down brakes, mess around with transmission settings and even, if they had time, speed up and slow down the vehicle, even taking over the braking and steering.

In the last couple of years, things have become even more sophisticated – and dangerous for your data. For example, according to The Ford Authority, quoting Which?, the United Kingdom’s version of Consumer Reports, hackers have been able to access data through one of Europe’s best-selling vehicles. And, who is to say they may not use the same program weaknesses to hack vehicles in the U.S.

The Ford Authority, in a story Monday, noted that the Ford Focus Titanium automatic 1.0-liter gasoline-powered car is vulnerable to data-mining. Also, there is very little the industry can do about because there is no meaningful regulation for onboard technology in the car industry. The consumer group conducted studied this issue.

The consumer group conducted a study of this issue with Context Information Security. The probers found that using basic equipment messages could be sent and received by the tire pressure monitoring system in the Focus. The probers found a hacker could bluff the system into showing that a fully-inflated tire as flat and vice versa.

As the tests continued, the researchers were also able to find Ford code for a vehicle’s WiFi system. And, they were able to receive a password used on a Ford production line, among other data.

A key concern is the amount of data hackers might be able to pull about the Focus and its owner and the vehicle’s activities. For example, through the automaker’s Ford Pass app, the probers said the location and travel direction of the car are shareable anytime.

The app, probers say, can also share info from the car’s sensor systems. Among those systems are the vehicle’s warning lights, fluid levels, and fuel consumption. The automaker is also studying the vehicle’s mileage, speed, and similar information, which is shareable through Ford’s Insure App.

The consumer organization created a comprehensive technical report that documents the issues involved. The consumer group approached Ford with the contents only to find the automaker did not want a copy of the study. The group claims that the automaker was showing a “worrying disregard” for possible issues.

The consumer watchdog noted its concerns about the risks to an owner’s financial information. They also had doubts about the possibilities that the weaknesses illustrate to safety and human life.