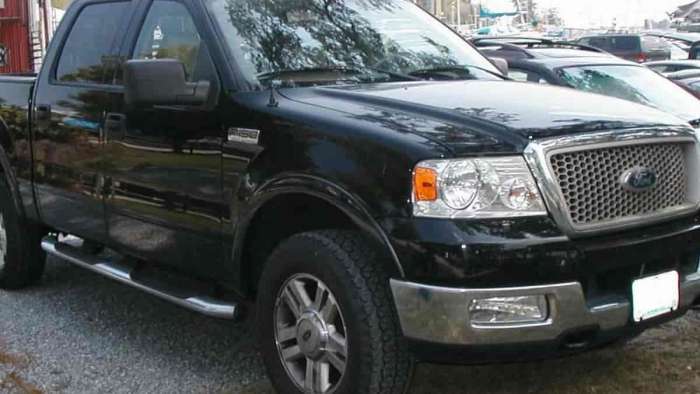 You'd expect that new trucks would lead the most-stolen list for 2020. However, that is not the case. Instead, car thieves prefer to boost 2006 Ford F-150s.
Advertisement

Like it or not, it seems there's always someone out there who wants your vehicle if it is one of the vehicles on the list of most stolen vehicles. And even more interesting is the fact that many of those vehicles on the list are not new models. Indeed, the leading vehicles boosted in 2020 were not cars but were trucks, not even brand-new pickups.

To be sure, there are several newer models on the list. However, the new vehicles are not at the top of the list. Instead, vehicles from 2006 and 2004, and 2000 were among the top 10, according to the National Insurance Crime Bureau (NICB), which recently published its annual "Hot Wheels" list. The group analyzes law enforcement agencies' data submitted to the National Crime Information Center (NCIC).

Despite older Ford F-159s leading in thefts, new F-150s have had their IIHS ratings improved.

The NICB had some excellent advice if you want your vehicle to remain your vehicle. First, it advises that you take the keys out of the ignition. That omission is almost a guarantee that someone will take your vehicle. The thief doesn't have to be a pro to boost your vehicle.
Also, park in a lighted, well-traveled parking lot or garage. This way, it is less likely someone will come up on the dark side to your vehicle and take your vehicle with a "slim jim" or another theft tool. Even with today's advances in anti-theft technology, you will find that thieves, with the right tools, can get into your car quickly and be gone with it in a few minutes, especially if your car is parked in a darkened area.

Two other good pieces of advice from NICB:

LG's New EV Battery Plant Is a Welcome News for Tesla
Tesla Giga Berlin's New Hurdle: It's Not Only the Gov't, but Now Tesla Itself
END_OF_DOCUMENT_TOKEN_TO_BE_REPLACED