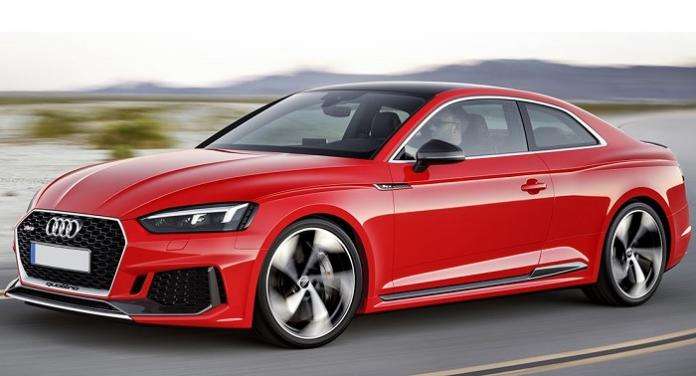 Audi turns to mild-hybrid tech to save gas, cut emissions from RS 5

When Audi RS 5 goes on sale shortly it will feature mild-hybrid technology. Instead of using a full hybrid system, it will rely on Valeo's quick start-stop system that combines the starter and alternator into one technology package.
Advertisement

Did you hear the one about the hybrid that …?

As this was my first hybrid, what happened next at a traffic light floored me. If you are familiar with hybrids you know they become all-electrics at low speed, as they use regenerative recharge, picking up the charge generated by the slowing car and shunting it to recharge the battery. I was also driving in heavy traffic, and the constant low-speed movement also generated electricity bringing the battery up to full strength.

I started to panic. I thought the car was dead. And, I believed my boss was going to be peeved when he had to send a ramp truck out to snag the subcompact and me. As I was panicking, I tapped the accelerator and, lo and behold, the 2005 Honda Civic Hybrid, powered up and moved out quite nicely, albeit very quietly, on the fully charged battery. The experience taught me a huge lesson about hybrids. I never worried again when a vehicle “died” at a traffic signal because I knew what to expect.

I also learned that full hybrids are quite efficient and that their fuel economy is usually several miles per gallon better than their standard counterparts. I also looked into the technology behind the hybrid, and I found that it emitted far fewer emissions than its conventional counterpart.

Hybrid Is Active in Audi RS 5

Audi is actively using hybrid technology in its RS 5, due out shortly in Germany and France. Using Valeo’s micro-hybrid technology, the automaker will deploy its stop-and-start technology to save gas and cut emissions. Specifically, the Audi hopes Valeo’s i-StARS will reduce carbon dioxide emissions, the next great challenge for automakers. The deployment of the i-StARS system underscores the need for increased spending to ensure that automakers meet tightening standards and tougher testing programs. Audi's RS 5 hybrid tech explained

Valeo introduced the i-StARS system 13 years ago. It is their flagship product. I-StARS yields fuel economy of up to 15 percent when it shuts down the engine whenever a vehicle stops in traffic such as at a traffic light or in stop-and-go traffic where there are periods when cars are idling instead of rolling under power. Along with the bounce in fuel economy, there is a corresponding reduction in CO2 emissions.

No need for speed; slow is better, much better

The key to the i-StARS system is its speed. The starter-alternator at the heart of the system can restart and engine in a fraction of a second, which is the type of speed needed by a vehicle in traffic. In a standard system, an alternator turns power from the engine into electricity to charge the battery and power the engine’s circuitry.

Audi is the first premium German make to use Valeo’s flagship product in the mild-hybrid RS 5, which is set to go on in Germany and France.