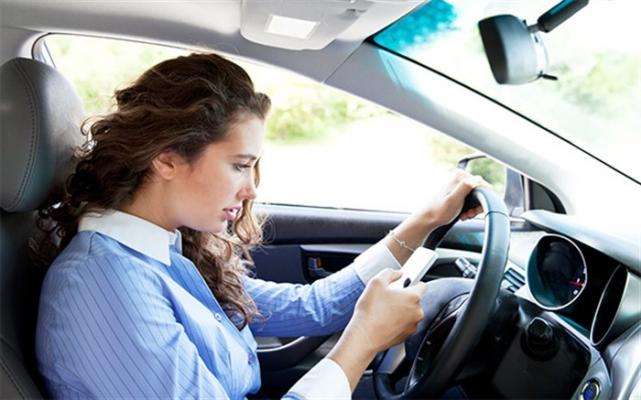 Apple's Takes On Distracted Driving With 'Do Not Disturb' App

When Apple releases iOS 11, it will contain an updated app that aims directly at taking a bite out of distracted driving. 'Do Not Disturb' shuts things off before they can become distracting.
Advertisement

As part of that update, Apple has improved its “Do Not Disturb” software. Though a limited version of this app has been available in the current version of iOS, the new version is far more advanced. The current app is a very basic scheduling routine aimed at limiting distracted driving

Distracted Driving Has Been Around for a bit

Though it seems as though distracted driving is a phenomenon of the last 20 years or so – since cellphones became everyday, disposable items – it has been around for more than a century. Distracted driving began when the first passenger handed a sandwich to the driver of an early Studebaker or Curved-Dash Olds in the early 1900s, and the driver tried concentrating on the tiller (they used them back then) on the rutted, unpaved roads of that day.

Indeed, it may be that the first recorded fatality in the late 1890s on the cobblestoned roads of Boston was also the result of distracted driving. It was terrible driving those narrow-tired, rather underpowered vehicles (they were little more than powered buckboards – wagons – back then) with their skinny tires that drivers had to fight to stay out of the cobblestones on the city’s rough streets.

Imagine more than a century of a problem that has almost become epidemic today. Look at the statistics. Two years ago, the National Highway Traffic Safety Administration (NHTSA) said that 3,477 people died as a result of distracted driving. That is fully 10 percent of the number of roadway fatalities yearly. The 2015 figure, by the way, is an 8.8 percent increase over 2014. It is also the latest year for which data is available. Distracted driving a huge national safety issue.

Most people, if you mention distracted driving to them in casual conversation, say that they have seen other drivers using phones or texting or reading and answering mail. However, they never indicate they have engaged in it. It is a problem only when you point it out. Once they are aware of the problem – at least in conversation – they tend to agree that it is a problem that needs action now or even yesterday. Still, though, once the conversation is over and the same people head out to their cars the chances are good that they engage in the practice they so recently agreed was a bad idea.

So, Apple is taking matters into its hands with the iOS upgrade. Though they never say how the software works ultimately accomplished, Apple’s “Do Not Disturb” app watches your driving. If the app senses that you are engaged in a proscribed practice – texting, email, looking at a video – it shuts the action down so that you can concentrate on the matter at hand – driving.

Many people might feel this is an unwarranted intrusion on their freedom of action – “Big Brother” telling you what to do – but it honestly isn’t because this is a health emergency of the first order though most drivers don’t think so. For example, while driving just yesterday, I was watching in the rearview as a driver busily engaged in a video chat (that’s easy to tell) and other things at a stoplight. When the car she was driving went around the corner, the turn was quite wide – wide enough to force others into oncoming traffic; thankfully there was plenty of room in this particular country lane.

Then, there was the driver on a major local four-lane state road who drifted over the double-yellow, into oncoming traffic as she gabbed on the cellphone draped on her left shoulder. As I watched in amazement, the driver realized that she had missed her destination. So, rather than watching the cars to her right and turning safely when conditions allowed, she just turned right, cars around her scattering like a flock of frightened birds, almost causing a humongous pileup.

The thing of it is, she just continued to gab as if nothing had happened, totally unaware of her close call. By the way, she had also drifted into oncoming traffic, forming a virtual travel lane. It was a good thing she turned when she did because of a rather large – huge – semi- came barreling down the oncoming travel lane just as she exited to a parking space. On a shopping trip, she still kept yapping away on the smartphone as she opened a store’s front door.

Honestly, that was an exercise in distracted driving as she was unaware of the world around her. She had no idea of the havoc she was causing; she was certainly a careless driver, as well as one who was easily distracted.

She is the type of driver for whom “Do Not Disturb” was written. Apple announced the planned upgrade at this week’s WWDC conference in San Jose, Calif. The app upgrade is part of a major upgrade to iOS 11. The planned upgrade includes more smarts for Siri and easier login to wifi networks.

“Do Not Disturb,” says thecarconnection.com, is a very tiny piece of a major operating system upgrade. Indeed, it has been a feature of iOS 10 that honestly isn’t very useful. About all the current version lets you do is schedule activity times for silencing calls and texts. The upgrade uses the iPhone’s built-in capability to figure whether you are driving or not. If the AI (artificial intelligence) thinks you are driving, it automatically turns of calls and texts. It also places a “Do Not Disturb” icon on the lock screen. Apple has not detailed the technology used to activate the mode. There will likely be more information available with the upgrade this fall.

This isn’t ‘Big Brother,’ It is a Health Issue

For those who believe this is just another government intrusion into your personal space or limit on your freedom of action, there are some reasons it is not. First and foremost, distracted driving is public safety hazard number one because it does affect more than just a vehicle's driver, as noted earlier. Or, as thecarconnection notes it is because anyone “who’s not paying attention at the wheel puts other people’s lives in danger. In such cases, a more aggressive, proactive stance is warranted.”

Secondly, it is entirely voluntary. If you want it, you have to opt for it. Or, as thecarconnection puts quite nicely: “… if you truly want to drive distractedly and put yourself, your passengers and others at risk, go ahead – just send out a tweet of something so the rest of us can clear out.”

Panasonic Updates Profit Forecast, Noting How Much Tesla Batteries Help The Jump
2022 Porsche 911 GT3 Laps Nurburgring in 7:04 With Journalist Behind The Wheel
END_OF_DOCUMENT_TOKEN_TO_BE_REPLACED