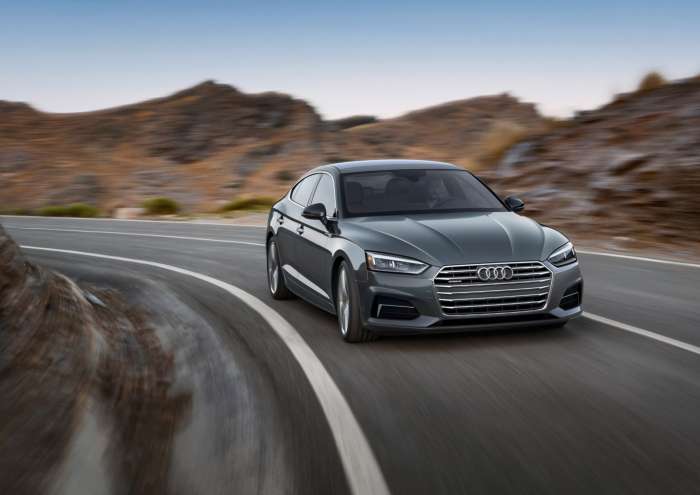 All Hail The Audi S5 Bull-Kneeler; Say What?

With the launch of the Audi S5 upcoming, the automaker has released a new ad that seems a bit, well, more or less, confusing. Imagine a lonely bull in the middle of a lonely stadium surrounded by an audience of cowboys who somehow appear and wait for the bull kneeler to take care of the bucking bull, huh?
Advertisement

Sometimes you have to wonder exactly what some people are thinking and why they are considering it. For example, Audi has just launched a new ad campaign supporting to the improved 2018 S5 Coupe that is a bit out of the ordinary.

At the heart of the ad is the idea that a real man knows how to tame a rip-snorting, fire-breathing, bucking bull, while avoiding being tromped into stadium sand by said animal.

The ad is entitled “Monster,” said an Automotive News story Friday. It is part of a new ad campaign that targets thrill-seekers. Western-themed, it opens as an S5 roars up to a ramshackle stadium that is much worse for all its wear. Coming from behind a set of wooden gates are the sounds of snuffling of a riding bull.

As the S5 rolls to a stop, there’s a shot of the driver raising his hand, quelling the beast. In what seems like the height of weirdness, an audience of cowboy hat-wearing men – who appear in the background – gaze on approvingly as the driver makes the beast kneel. In a final cut to the background, the tagline “Progress is never backing down.”

If you are shaking your head at this point, you aren’t alone. There are probably going to be people all over wondering exactly what the ad means. Says the ad agency that created it, Venables, the key concept is that “in order to tame a monster, you have to unleash one of your own.” The ad is slated to run until the end of March. It will appear, as well, during the NCAA basketball championship on ESPN.

This means that many people are going to be watching an ad that, at best, seems more than slightly disjointed. The various elements don’t seem to have any connection and the thought expressed by the tagline seems to confuse things even more.

Does The Ad Work?

Whether the ad works or not, of course, will depend whether the audience accepts the central premise that there’s a bull out there in the middle of nowhere, surrounded by a bunch of cowboys who are waiting for our hero, the bull kneeler, to arrive and make everything alright. From this vantage point, it certainly seems like a stretch, doesn’t it? However, if S5s fly out dealer doors because of it, then the ad will be a success.

The ad launch heralds an ambitious sales plan by the automaker. Early this month, Audi unveiled an ambitious sales plan. At the National Auto Dealers Assn. (NADA), the automaker said it has plans to move 12 new or update products this year. It is their largest revamp in years. For example, said Automotive News, Scott Keogh, president of Audi of America, said a recesign of the Audi A5, the S5’s luxo-sedan counterpart, was planned.