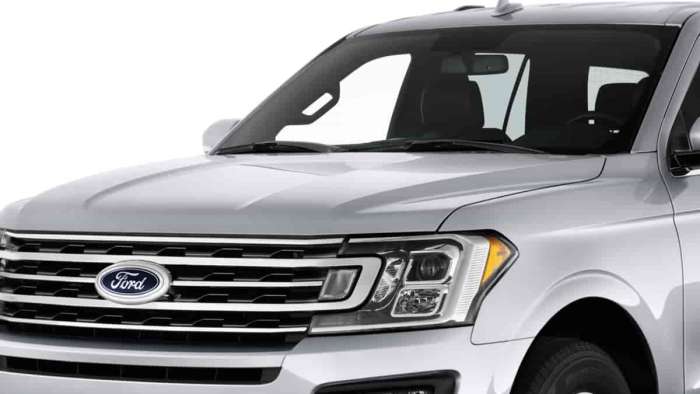 Spy shots show that the 2022 Ford Expedition will probably use the infotainment system found in the Mach-E. There will also be changes to the corporate twin, the Lincoln Navigator.
Advertisement

Lately, as we have been looking at various outlets, we've noticed one thing about Ford, the automaker has been complaining about spy shots and first looks. You would think they would welcome such peeks at various models and interiors, but I guess they want to keep some of the mystery in their models.

Ford plans to meet Mach-E demand with a factory in China as detailed by my colleague Jimmy Dinsmore.

After all, who can blame them! They have invested millions upon millions in either new designs or technology, and, I suppose, they want to keep it for themselves to unveil. Still, the vehicle spies are out there, and there seem to be more than a few helpful folks who help them out so that the word about new designs or tech gets out there early.

Today, as Torque News poked around the MSN.com site, we came across some exciting spy information supplied by Glenn Paulina through Car and Driver (thanks, guys). They could see and grab a first look at the 2022 Ford Expedition and Lincoln Navigator infotainment systems. There's plenty of hype about the Mach-E infotainment screen.

And it looks as if the 2022 Expedition will be receiving the Mustang Mach-E's 15.5-inch infotainment system screen. Also, it seems that the Navigator's horizontally laid out infotainment system screen will remain in place. It is just getting larger. Currently, the Navigator uses a 10-inch horizontal screen, and while they couldn't get an exact size read on the Lincoln model, it does appear larger, though not quite as large a the Expedition.

While the spies were taking a look at the infotainment screen, they did have a chance to jot down some other notes about the full-sized 2022 model SUVs. For example, they found that the Expedition will feature a new, more rugged trim level, called the Timberline. That trim, says Car and Driver (C/D), has shown up on the upcoming Explorer. 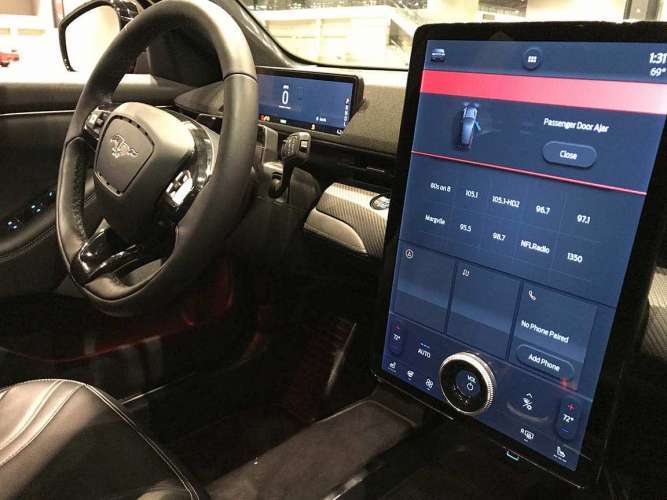 Expedition To Receive Other 2022 Changes

Other Expedition updates for 2022 include a new set of all-terrain tires and a skid plate. It is also quite likely – though no certainty – that the Timberline (Expedition Timberline) will have a bit of a lift. Right now, the ground clearance height is 9.8 inches.

As to specs for the new infotainment screen, it's a large screen at 15.5 inches. Of course, it appears much larger in the electric model in the Mach-E, but that is because the Expedition is, after all, a full-sized SUV. Still, it is goodly sized, which should be welcomed by owners.

For the Expedition, the new screen would be roughly double the size as the current infotainment screen is 8.0-inches. C/D notes that the Expedition would be the first use of the Mach-E screen outside the Mustang Mach-E.

The new Expedition screen features the same one-button setup at the bottom of the screen. However, according to the spies, there's an additional row of four buttons at the screen's bottom end. The new screen can handle over-the-air software updates as part of the Sync 4 infotainment system. 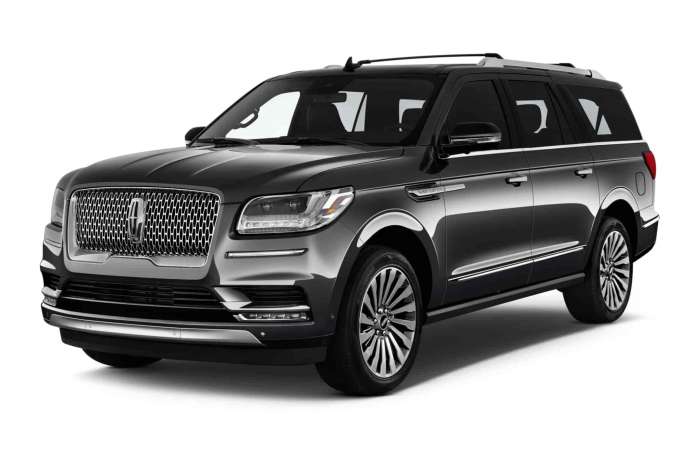