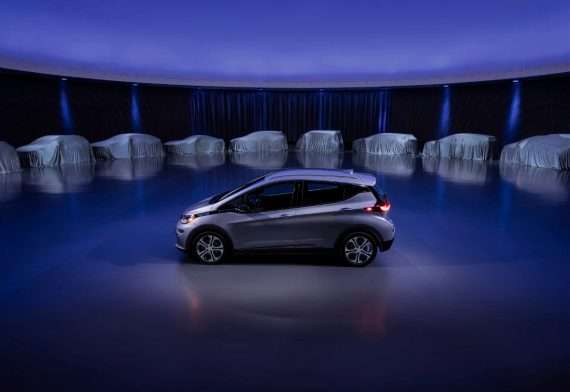 Why GM is charging ahead into electric vehicles

General Motors announced it is planning 20 new electric vehicles. What does this announcement really mean for customers?
Advertisement

General Motors says it see a future with “Zero Crashes, Zero Emissions and Zero Congestion”. It is a broad and ambitious vision for the future. They see an all-electric or fuel cell future but not for a very long time.

In a statement, Mark Reuss, GM’s executive vice-president of Product Development says, “General Motors believes in an all-electric future. Although that future won't happen overnight, GM is committed to driving increased usage and acceptance of electric vehicles through no-compromise solutions that meet our customers' needs.”

One of the best explanations of GM’s approach comes from CEO Mary Barra, in an article she published on Facebook and Linked In. In it Mary Barra says, “Even as we continue to deliver the best fuel economy in the vehicles our customers love to drive today, we’ll move relentlessly and irreversibly to a zero emissions future. No more gas. No more diesel. No more carbon emissions.”

GM did not indicate how many of its new vehicles are aimed at the U.S. market. Many may be designed for China which is stressing that it wants to phase out fossil fuel vehicles eventually.

General Motors is also charging ahead into hydrogen fuel cell vehicles, which burn very cleanly and emit only water. GM is in a recent partnership with Honda on fuel cell development, but I remember driving a Buick small SUV out at the Milford proving grounds powered by a hydrogen fuel cell nearly two decades ago. The problem with hydrogen fuel cells is that there is still virtually no infrastructure to refuel. The auto companies are trying to spur hydrogen refueling stations but they are slow to develop.

General Motors is trying to reduce congestion and vehicle crashes by increasing connectivity among vehicles and pursuing autonomous vehicles. In her article, Mary Barra says, “We see a future of zero crashes where, instead of trying to protect passengers during and after a crash, we harness new technologies to prevent crashes from happening in the first place. With safety as General Motors’ number one priority, we’ll keep innovating. Drowsy, distracted or impaired drivers will have another way home. No more crashes. One day, no more lives lost.”

GM’s announcement does not mean that it is phasing out gasoline and diesel immediately or even soon. It may use increased hybridization to help boost fuel economy in the future. It will introduce fuel cell vehicles down the road. It is aiming for an all- electric future, but it admits it is years away.