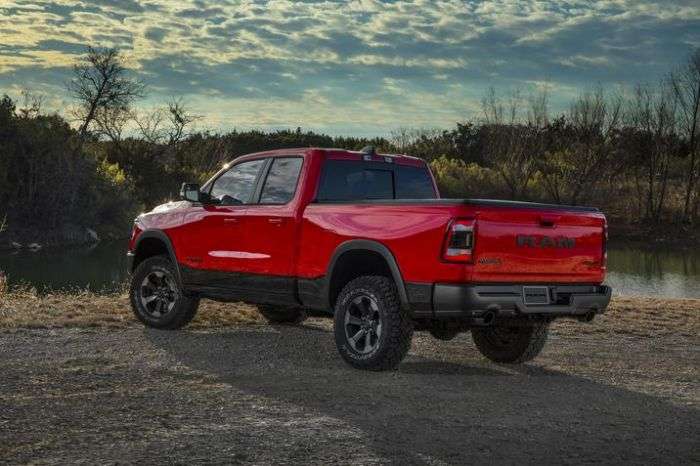 The 2019 Ram truck was just revealed and fans are already having trouble ordering the new trucks. Some colors are already on back order and some of the promised amenities don't even show up on dealer's order sites. Most prices haven't even been announced.
Advertisement

Yankee, who is a frequent poster on Ram sites, started the conversation about trying to order a 2019 Ram 1500. Yankee says “Has anyone placed a factory order for any of the 2019 Rams ?? I talked to a salesman 2 weeks ago & he had not been told that they could be ordered yet. He also had heard that in April they expected to start receiving them. That would mean that they would have to order them 8 weeks before that date in April.”

Rich, from Southern Illinois, seems to have a little better information. “Dealers are placing orders for 2019 for stock inventory now. The pricing is not out yet. You can order a 2019 now but you will not get a price. The pricing is rumored to be available on March 6th.”

Bush, from Canada, says “My dealer is supposed to get 6 of them shortly. I haven't placed my order yet. I had a friend try to build one but they can't. Pentastar has late availability along with Ramboxes. I am going to try again in June.”

A Pennsylvania fan has been told a similar tale. “I was talking to my dealer today and they have 16 2019's on order, no prices on them yet though.”

Chris, from Detroit, where many of the trucks are being built has seen some numbers and is hoping to get one of the new trucks from a dealer he has worked with before. “I have seen some dealers on cargurus.com listing 2019 Laramies at $63k-$-$65K and a limited at $77K. All the listing had was the VIN and trim though. My salesman said I could have one 1st week of April and so far has only 1 VIN listed in his system with no other information. I can't order one but I was able to reserve a spot to get one of the first ones. Mainly because my dad has bought 8 cars from him in the last 6 years and I've bought 2, so he takes really good care of us.”

One hopeful fan says he will have to wait until the prices come down. “That's a huge jump in price, I guess I'll be waiting a year until they offer the discounts.”

Szabo, from Georgia, can’t believe that those prices will hold up. “No doubt there are dealers trying to take advantage of excitement over the new generation, but no way is this RAM’s price point. Their sales will sink faster than a socialist economy.”

Szabo continues, “RAM has made their mark in recent years by giving more bang-for-the-buck. If they hit the market at more than $3k of what I can get an ’18 RAM limited, I will be waving to my RAM salesman as I go by in my new F150 Limited this summer, or GMC Denali this Fall.”

Fran, from Hartford, says that the build sites don’t show all of the promised amenities. “I went to the dealer to order myself a new truck and I was told the 12" screen won't be available in the Rebel EVER. Also the Rambox option is not available on any model and won't be for quite a while. What is strange is the rambox is out on the build and price site but not on the dealer's computer system.”

Larry has a similar ordering problem in South Carolina. “I tried to order a Laramie Quad Cab today. Dealer could not get his system to accept the order. He told me that the Ivory Tri-Coat Exterior Paint and the 12 inch screen are both on backorder. System will not accept any order with those items until they come off backorder.”

Knight, from New Jersey, is also having trouble ordering the options that he wants. “The website isn't showing Rambox on the 6 foot bed. Is it a late availability item or is it only on the 5 foot bed now?”

Yankee believes the shortage of certain options may be because they are building so many of the new Rams. “Right now Ram is building both 2018 & 2019 Rams at 2 different assembly plants in Michigan & a 3rd plant down in Mexico that is still building 2018 Standard Cab 1500s & all the 2018 HD Rams. All together that makes about 3,000 Rams being built in a single day. Who knows the number of Ramboxes are installed every day.”

Knight says the new pricing numbers should be out soon. “Anything that hasn't been announced should be announced on March 16th”.

From the comments it is clear that many people are anxious to buy the 2019 Ram 1500. It sounds like all of the major truck makers are considering big price hikes, but many of those numbers may come down, if demand starts to soften.