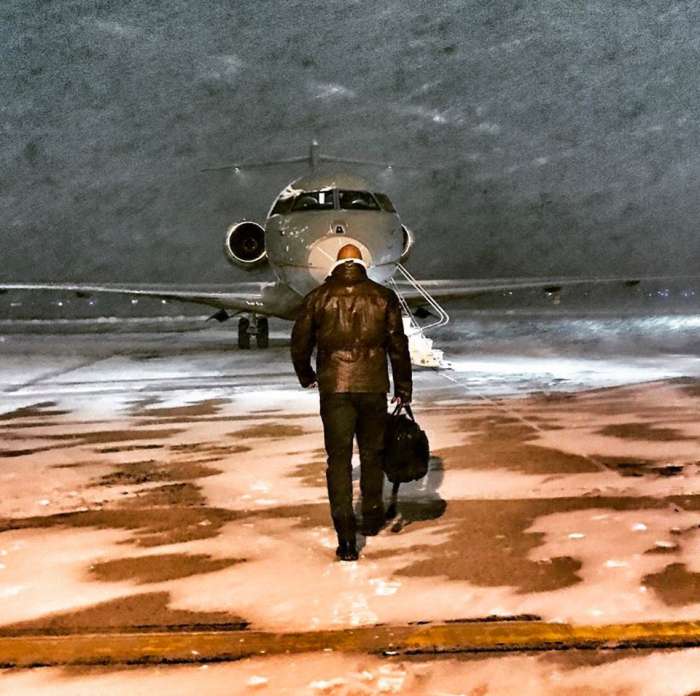 Why Dwayne "The Rock" Johnson is thanking Ford Motor employees

Dwayne "The Rock" Johnson has posted on Facebook that he just wrapped up a commercial shoot in the Detroit area. The action star has a special message for Ford Motor "blue collar" employees.
Advertisement

In his first post, “the Rock” said he was in the Detroit area to shoot a commercial for Ford Motor. As he was leaving, the movie and wrestling star took time to thank the many Ford employees that he had met.

In his Facebook post, Johnson is grateful for his busy year. “Lucky dude that it's been an extremely busy year with multiple projects, in multiple areas - that's an official wrap of the very last piece of big business on my plate for 2016. Excellent three day shoot with Ford Motor Company.
Thank you Detroit for the luv and most all THANK YOU to all the hard workin' Ford employees I had the opportunity to shake hands with from the truck plants to the service bays.
As you now know, my partnership with your company isn't about vehicles, it's about the people who make them and the service people who keep them on the road. Thank you for all the luv. Proud to rep Ford's hard workin' blue collar.”

Johnson ends the post by saying that he is heading home “Wheels up. All my girls are waiting.. daddy's coming home.” Johnson's daughter Jasmine, turned 1 on Friday, December 16th.
Johnson has had a busy year. “The Rock” is headlining the Disney ‘Moana’ movie. He gained fame as a professional wrestler, where he was known as “the Rock”.

He has been a major advocate for Veterans and active military, recently hosting “Rock the Troops”. He has also joined the Fast and Furious franchise, starring in the “Fate of the Furious” or Fast and Furious 8. He was also recently named People Magazine's "Sexiest Man Alive".

Johnson worked previously with Ford Motor on a number of ads, in 2015. They even featured a bobble-head in a segment about Ford tires. He was promoting both the F-150 as well as Ford service.

Johnson does not indicate where he was filming, although he references the truck plant and service bays. He was most likely at Dearborn Truck, located on the grounds of the Rouge complex. Dearborn Truck, is one of Ford’s premier plants, and is a showcase for Ford innovation. I’m sure any Ford dealer would have been thrilled to open its bays for a commercial shoot.

RANDY NICHOLSON wrote on December 18, 2016 - 9:38pm Permalink
what a great combination. FORD MTR COMPANY AND THE ROCK! THE BEST VEHICLES ON THE ROAD TODAY AND THE BEST PAID ACTOR AND THE SEXIEST MAN ALIVE . I WOULD NOT BUY ANY THING EXCEPT A NEW FORD [WHEN WE CAN] I LVE MY MUSTANG , HAVE HAD 9 TOTAL , BETWEEN MISS WANDA AND I . FORD HAS IT . DWAYNE HAS IT. WHAT A GREAT COMBINATION! THANKS BE TO GOD , FOR BOTH FORD AND THE ROCK.