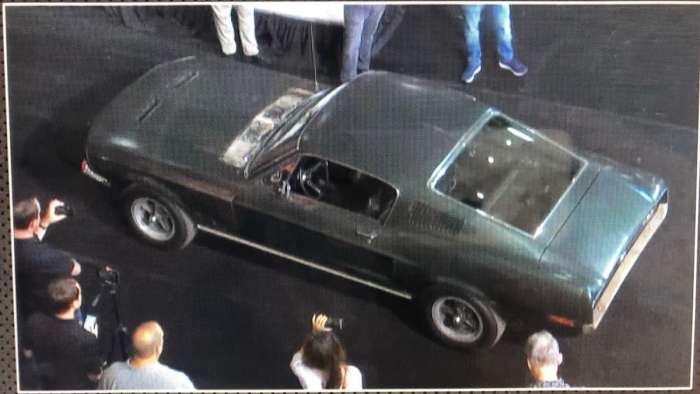 The family that owns the iconic original 1968 "Bullitt" Mustang has decided to sell it. Dana Mecum says this is the most significant vehicle that the auction house has ever handled.
Advertisement

The Kiernan family has been holding on to one of the most iconic vehicles of all time, the 1968 Ford Mustang GT known as the Bullitt Mustang. In a surprise move this week, Sean Kiernan announced that the family will sell the Bullitt Mustang at the Mecum Kissimmee auction in January of 2020.

One of Hollywood's Most Famous Vehicles

People wondered what happened to the vehicle that was famously immortalized in the chase scene in the 1968 movie, Bullitt. There were two Mustangs used in the movie scenes, this one is known as the Hero car, that Steve McQueen drove in all of his movie scenes. The other 1968 Mustang GT was used for all the stunt scenes.

This incredible all original 1968 Ford Mustang GT was being garaged very quietly by the Kiernan family. The car’s existence came to light during the 2018 North American International Auto Show, in Detroit, when Ford unveiled it alongside the new 2019 Ford Mustang Bullitt edition. Since then, the Kiernans have toured all over with the dark green Mustang, including taking it to the GoodWood Festival of Speed in England, where it was featured.

At times during the news conference, Sean Kiernan seemed to get choked up. The Mustang was his dad, Robert’s, pride and joy. Robert bought the car, in October of 1974, after seeing a classified advertisement in Road and Track. Robert always told his son that the car was valuable. Steve McQueen tried to buy it back in 1978, but his dad refused.

Sean says they have plenty of proof that this is the original Hero Bullitt car, including the Warner Brothers parking pass on the windshield. Ford also heavily researched the vehicle before featuring it alongside the 2019 Mustang Bullitt. A documentary on the Kiernan’s family treasure is soon to be released. Sean’s dad died in 2014, before the family went public with the car.

Amazingly, the Kiernan’s have agreed to sell the iconic Mustang at no reserve. Mecum Auction owner, Dana Mecum, says this is the most significant vehicle the auction house has ever handled. Mecum believes that the 1968 Bullitt Mustang could be the most expensive “muscle car” ever sold. Mecum says it will most certainly be the most expensive Mustang ever sold. Mecum says that a 1971 ‘Cuda holds the record now for a “muscle car” after selling for $3½ million.

The Bullitt Mustang will be the main attraction at the Mecum Kissimmee Auction in January 2020. For more information, check out Mecum Auctions.

Tsingshan's Threat to Tesla: EV Maker Is In Battery Crosshairs
Tesla-Funded Research Reveals One of The Biggest Mysteries of EV Battery
END_OF_DOCUMENT_TOKEN_TO_BE_REPLACED