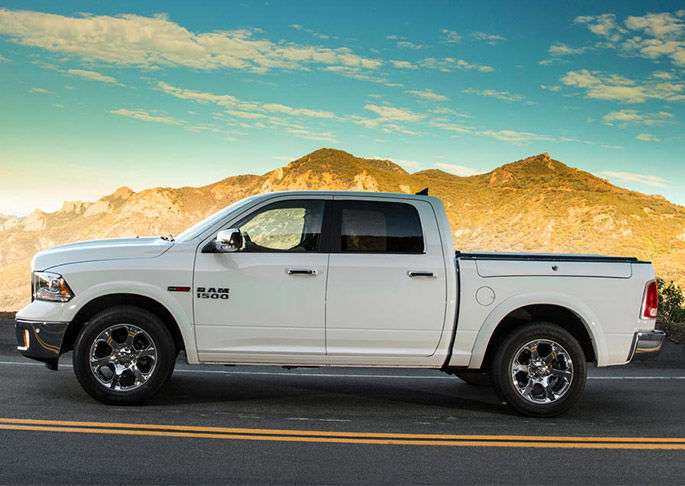 Where can you get affordable keys made for 2016 Ram trucks?

The question seems simple enough, where can you get affordable keys made for 2016 Ram trucks? The answer isn't so simple. Most trucks come with expensive fobs and not everyone carries the right keys with computer chips in them.
Advertisement

The owner of a 2016 Ram, Marine, from Georgia, asks “Where can I get a key made for the door/tailgate? I don't need the whole key fob. I locked key fob inside truck and want to have a spare key made to hide on the frame somewhere. Just to manually unlock the door when I get careless again!”

We’ve all been there but now the solutions to this problem are more complicated and expensive.

Some wiseacres, on the Ram truck forum, are incredulous that anyone can lock the keys inside, but believe me, it can happen. Marine says “I have an express model. If I leave the fob in the ignition and running it won't lock. But laying on the seats and hitting the lock button…” Bummer, Marine!

After learning that, many of the forum members were more sympathetic. “Sorry. My bad. All of my vehicles are push button start. They won't lock if the FOB is inside the vehicle.”

Rich, from New Jersey, says it happens more often than you think. “You can lock the doors from the keyfob itself with the doors open!”

Yankee has a number of suggestions, “Valet keys can be bought & cut by the dealership if you are in a rush, ACE Hardware can copy one for you. Some locksmiths can make one that will work for you, some Mobile Locksmiths are getting into the FOB business.”

Gunner, from Wisconsin, says he has found a way around a potential problem, with his 2016 Ram. “I got 2 keys with my truck, both have emergency spare in them, took the one from spare key and put it on my keyring, which is separate from my truck key, problem solved.” Good to know that some come with emergency spares. Typically, most new vehicles come with two fobs and that’s all.

Ron, from Florida, says he found an easy and inexpensive fix. “I had a key made at my local Ace Hardware. Cost less than 5 bucks.” Again, it is important to remember that many of these keys from hardware stores won’t start the vehicle. They may open the store and that will give you access if you are locked out. If you need a truly functional extra key, your best bet is to go to a dealership.