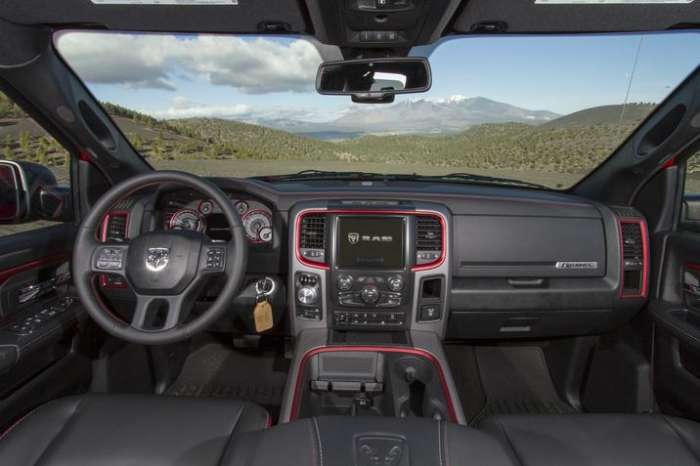 What is causing some 2015 Ram 1500 truck backup cameras to go haywire?

Some 2015 Ram 1500 truck owners are finding what they are calling the "blue screen of death" instead of the backup camera display. Forum members make suggestions on quick fixes.
Advertisement

Backup cameras have become an integral part of driving for many people, especially pickup drivers and now NHTSA requires backup cameras on all new cars. The cameras help reduce the chance of accidents and make everyone safer. That is why a Houston 2015 Ram 1500 owner, who calls himself River, is frustrated. River asks members of a popular truck forum for help. “For the past two mornings when getting to work and backing up into a parking space, the backup camera did not work and shows a scrambled screen with the message System Not Available. I restarted the truck and it then it works ok. Has anyone else seen this type of message?”

It turns out that several others have had this happen as well. Jarhead, from South Florida, says, “Mine has not worked for 2 weeks. Same message and blue screen only. Went to dealer service and they were telling me they need it for a day...I have to find some time for that. Only 1400 miles on her and everything else on the 8.4A works fine.”

River says that he even tried downloading the latest software update and that helped, but only temporarily. “Did the latest system update two days ago and the camera was fine until I got home tonight and the darn camera did the same thing. Guess it's off to the dealer.”

Yankee, from San Diego, says, “I believe that if you have a blue screen & the message displayed, you will find that a camera connector at the bottom of the tailgate is loose or has a bent pin OR the connector inside of the tailgate inspection/access plate at the back of the camera is loose. If someone has removed the spare tire or worked on the exhaust near the spare tire, you may want to check another connection that is near the drivers’ side rear frame near the spare.”

A driver from West Virginia gave his take on the annoying issue, and he believes that it is tied to water getting into the wiring. “Recent purchase of 2015 Ram 1500 Laramie edition. I too have experienced the blue screen of death, and the fuzzy backup screen. Mine started after I gave the truck a good bath. By the time I could get an appointment with the dealer it was working fine... The 1st time it happened, I scrubbed the truck, and hosed out the bed. I not only got the blue screen of death, the fuzzy backup screen but the radio also locked up... could not change the station, volume, or control anything through the screen. After two days it cleared up and everything was normal.”

Wildcat says he had the backup camera problem with his 2014 Ram 1500 truck. “I had to go out of town so I left it with them and it finally did it for them and it threw a code. They replaced the camera and it has worked fine ever since. If you have a code reader, download the code when it does it and take that to the Ram dealership.”

It sounds like a problem best sorted out at the dealership. A number of 2015 Ram 1500 owners said they have the problem but only occasionally. Usually, the camera starts working again after the truck is restarted. It is usually some wort of wiring issue that can be complicated by wet weather.