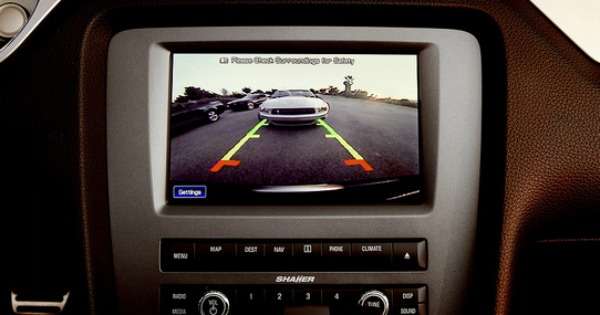 The NHTSA is now going to require all new cars be equipped with a rear-view camera by 2018; is this a good move that will save lives and help drivers, or just another gratuitous rule made by our government?
Advertisement

Today many cars come with a back-up camera as a standard, at least optional, feature. For some drivers, who may ask, “Can’t you just turn your head and look?” I would say this: No, it’s just not the same.

Day-to-day, I drive a 2006 Ford Focus, no back-up camera included. Of course, I cannot blame either the year model or its affordable price tag for being the culprit for my lack of a camera; TorqueNews reporter John Goreham recently reviewed the $57,000 BMW 435i, and informed readers that it did not have a back-up camera. Still, over the years, I’ve gotten along fine without the back-up camera, and never really thought about actually needing one—until we got a 2012 Kia Soul a couple years back.

If you have never used a backup camera, you’ll be amazed at the difference it will make, especially for drivers like myself who are not the world’s greatest backer-upers. Backing into our narrow garage that doubles as a workshop and subsequently has tools casually lying around everywhere? Not a problem with the camera. And, if I need to backup, but know our mini- dachshund is not in the gate? I can easily see all around with the camera.

The final rule requiring rear visibility technology in all new vehicles under 10,000 pounds by May 2018 came down from the U.S. Department of Transportation’s National Highway Traffic Safety Administration (NHTSA) yesterday, and although I am often not a fan of government rules and regulations, this is one that I can see doing what it is meant to do: enhance the safety of vehicles by significantly reducing the risk of fatalities and serious injuries caused by backover accidents. U.S. Transportation Secretary Anthony Foxx stated:

"Safety is our highest priority, and we are committed to protecting the most vulnerable victims of backover accidents — our children and seniors. As a father, I can only imagine how heart wrenching these types of accidents can be for families, but we hope that today's rule will serve as a significant step toward reducing these tragic accidents."

On average, there are 210 fatalities and 15,000 injuries per year caused by backover crashes, and NHTSA has found that children under 5 years old account for 31 percent of backover fatalities each year, and adults 70 years of age and older account for 26 percent. NHTSA Acting Administrator David Friedman added his opinion to Foxx’s:

"Rear visibility requirements will save lives, and will save many families from the heartache suffered after these tragic incidents occur.”

The ruling includes buses and trucks under 10,000 pounds. The field of view must include a 10-foot by 20-foot zone directly behind the vehicle. The system must also meet other requirements including image size, linger time, response time, durability, and deactivation.

Consumer demand for rear visibility technology has led to the cameras being included on a wide variety of brands and across many price ranges but because of the importance of this piece of equipment, it will be a requirement in the future. NHTSA indicates that it expects 58 to 69 lives to be saved each year, once the entire on-road vehicle fleet is equipped with rear visibility systems meeting the requirements of today's final rule, which includes those already equipped today.

Have you had an experience with the rear-view backup camera on your vehicle you would like to share? Tell us about it in the comments section below!

Aaron Turpen wrote on April 1, 2014 - 11:57am Permalink
Rear backup cameras also make people lazy. I have personally witnessed people backing out of a slot in a parking lot and never once looking up and around. Your camera doesn't tell you everything that's happening.
Mechele Dillard wrote on April 1, 2014 - 1:11pm Permalink
I agree, Aaron; there's a downside to everything, I guess. :)